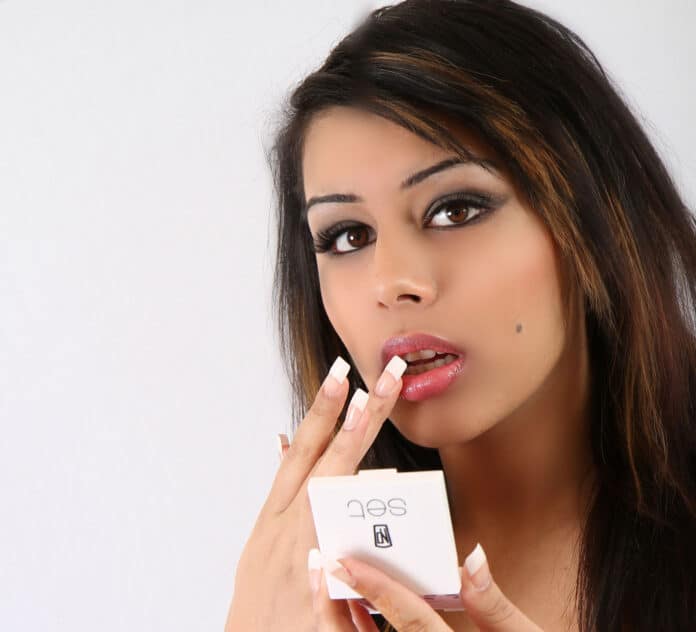 Alisha Farrer may be just 18, but she’s already making inroads into the fashion industry as a model, both here in Australia and in India. This attractive young lady was born in Perth, after her parents migrated here in 1988. But Alisha retains her roots, being a huge fan of Bollywood and India since a young age. She has maintained strong ties to India, with her family making a trip to the motherland at least once a year.
Since a very young age, Alisha showed a love of the stage, participating in various events at school and within Perth’s Indian community. With acts such Bollywood dancing, she was recognised as a budding talent when she won her first talent award at the tender age of 5.
Alisha has always wanted to become a model, and she began her career on the catwalk at just 17.
“I have the height and the looks, and I was always complemented on my personality when I performed on stage,” says this confident young woman.
It was this combination of talent that made her take the first steps into a career in modelling.
An aspiring actress, Alisha looks on Aishwarya Rai-Bachchan, Katrina Kaif and Kareena Kapoor as role models.
“Aishwarya Rai is the epitome of beauty and grace,” says Alisha admiringly.
There seems little doubt that she too would like to follow in the footsteps of the former Miss World’s eminently successful career.
Alisha has already tasted a modicum of success here in Australia, as a finalist in the 2012 Miss India Australia contest, where she won the competition’s ‘Public Choice’ category. In March 2012, Alisha represented Australia in the Indian Princess International beauty pageant held in Mumbai, where she was placed in the top 5 and received four awards, including ‘Miss Best Smile’.In the lead up to this event, she participated in the Miss North India 2012 competition in June where she bagged the ‘First Runner Up’ prize as well as ‘Miss Beautiful Legs’.
Besides the beauty pageants, Alisha has done many ad campaigns, Napoleon Perdis in particular. As well, there have been photo-shoots, stage anchoring (such as the Indian Independence Day function organised in Perth by the Indian Society of Western Australia), and television commercials such as with the Home-Buyers Centre in Perth.
And now, Alisha has taken her career to another level by participating in a string of fashion shows, a natural progression from winning beauty pageants. Her first tryst with the catwalk was at Rocky Ray, Model of the Future and in August 2011, when she walked the ramp for a Fashion Heir enterprise, a Perth-based promotional company with a large experience in fashion photography and marketing.
“I have a passion for modelling and am a natural poser – I simply love being in front of the camera,” says Alisha enthusiastically.
“Getting my hair and makeup done too is an enjoyable part of the job, but what I love best is working with other models, making new friends and contacts, and meeting more people in the industry,” she adds.
However, it’s not all glitz and glamour for this enterprising young lady. Working in difficult locations, finding the right poses, going through test shots and outfit changes can take a toll on her too.
“In my line of work it is important to be patient and respectful, because sometimes shoots can go on for hours!” she claims.
The 5’9” beauty is registered with 3 different modelling agencies in Australia (Xtreem Model Management, Scene Model’s acting agency, Actors Now and Lush Model Management), one agency in India, Shimmer Model management and an entertainment company Sri Sai Entertainment. And Alisha is not just another a pretty face, she is also a dedicated university student and education remains a priority. She is currently a student at Curtin University in Perth where she is studying for a Bachelor of Arts Degree majoring in journalism and minoring in fashion.
So how does Alisha balance her studies and a burgeoning career as a model? On the occasions when Alisha needs to travel to India for a photoshoot, she takes time off from university. However, she ensures that she stays on top of her studies by following lectures online.
“It is difficult and I have a lot of catching up to do when I return from my modelling trips,” she admits, but knows that in the long run, education always pays off.
However, Alisha takes time out to relax whenever she can, enjoying every moment of her spare time. “I go bike-riding and work out at the gym at least three times a week. I also enjoy swimming, listening to Bollywood music and naturally, watching the latest Hindi films with my family,” says Alisha with a smile.
Advising young people looking for a foothold in the glamour industry, Alisha believes determination is important. “You should follow your dream and there is nothing to stop you from achieving your goal,” she says. “I know it sounds clichéd, but my favourite motto is: where there’s a will, there’s a way”.
Alisha’s fans and the community will soon be seeing her in a movie that will begin shooting in October this year, and this will be Alisha’s big Bollywood break. Looks like there’s no stopping this rising young star from Perth.
Rohana Wood