Mindy Kaling: Growing up, no one looked like me on TV 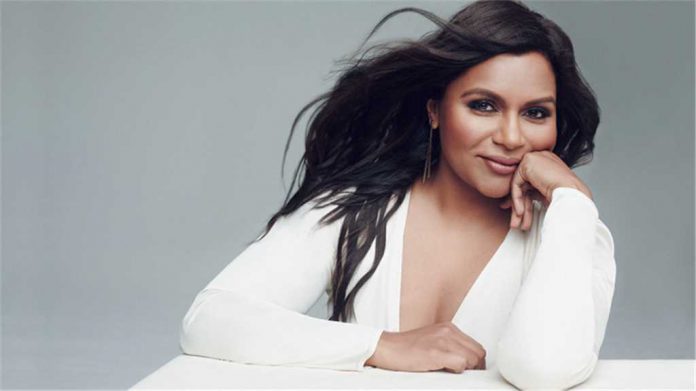 For long, Mindy Kaling felt like an outsider in Hollywood due to constant reminders that she is different — thanks to the stereotypical attitude towards her ethnicity and gender. The actress, who has Indian roots, is glad that things are changing, and says right representation matters a lot.

“We talk about how representation matters in Hollywood, so much that it almost loses its meaning. But it’s actually real,” Mindy told us in an interview while talking about how things have changed for women of colour in the West.

“Growing up, I realised that there was no one who looked like me on TV, so I often found myself drawing parallels to people who are like me on shows like the Cosby family or characters on white sitcoms. You cannot imagine how excited I was when ‘Bend It Like Beckham’ came out. The idea that I could actually see people from my community onscreen blew my mind,” added Mindy, who is basking in all the appreciation coming her way for her latest Netflix show “Never Have I Ever”.

Mindy has always been a torch-bearer for diversity and right representation. At the age of 24, she was the only woman and person of colour when she joined the writing team of popular show “The Office”, in which she also essayed role of Kelly Kapoor. She also became the first woman of colour to write, star in and create the primetime sitcom titled “The Mindy Project” in 2012, which not only got her wider attention but global fame as well.

Looking back at her struggle with stereotypical attitudes because of her ethnicity and gender, the 40-year-old said: “When I was starting out, it was a bit of both.”

“It was more common than not to have an all-white writers room that was also all-men. The struggle when you’re the only minority and the only woman is that everything you say is a representation of all women and all minorities, and that’s a lot of unfair responsibility. Luckily you don’t see writers rooms like that much anymore,” added the multi-hyphenate talent.

She didn’t just struggle in finding her place in the entertainment industry initially, but also struggled with finding her identity while growing up in the US, amid clash of cultures. That’s what she tries to reflect in her work.

In her recent show, “Never Have I Ever”, which she co-created with Lang Fisher and co-executive produced, she has used her “relationship with being Hindu” and the experience of “straddling the lines of two cultures” to narrate story of a 15-year-old Devi, first-generation Indian American, and her desperation to feel that she belongs in the society, and her journey to shed her reputation as “unf***able nerd”.

With Maitreyi Ramakrishnan, Poorna Jagannathan and Richa Moorjani leading the cast, the coming-of-age story examines Indian culture, its values and grief through the story of Devi as she navigates ups and downs of high school.

Talking about the show, Mindy said: “A lot of Devi’s relationship with her faith was inspired by my relationship with being Hindu. I do consider myself a Hindu, but I also feel insecure about my understanding of my own religion.

“The scene where Devi prays to her household shrine of Gods, it’s a lot similar to my upbringing. And when I was a teenager, I resisted wearing Indian clothes because while beautiful, I found them itchy and hard to wear,” she added.

Mindy mentioned that her “coming to terms with my ‘Indian-ness’ is a big part of the show”.

“I was born in the US, raised in a pretty white area, without speaking any Indian languages, so culturally I always felt I straddled the lines of two cultures. Having a daughter really made me look at my faith and culture in a new way, because I really want her to identify as Indian, and that’s kind of up to me,” she said.

The show went live on Netflix on April 27.