Australia Day Honours: The productivity of our landscapes 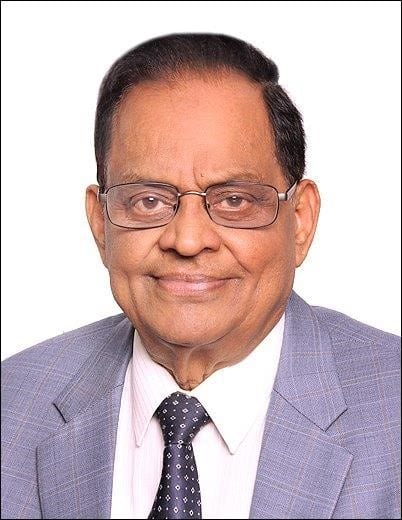 Reading Time: 3 minutesShepparton’s Dr MENON PARAMESWARAN is awarded OAM for service to primary industry
Having just returned from his native Kerala, Dr Menon Parameswaran, agricultural scientist, cannot stop talking about the state of affairs there especially after the devastating floods of August last year.
“Climate change is an important issue to consider in India,” he said to Indian Link. “Floods and drought are increasing in frequency, and the untimely arrival of the monsoon is causing confusion about cropping etc.”
Education is the key, he stressed. “People should be educated about the ramifications of climate change and the conservation of natural resources. The carrot and stick approach should work well in my opinion: give incentives to people, or be strict with polluters.”
“I’m very fond of India,” he hastened to add, “and if I had the power and authority, these are the thigs I would like to do.”

For nearly 50 years in Australia, environmental studies have been Dr Parameswaran’s life.
A top-ranking student at the University of Kerala and Pantnagar University in Nainital, India, he came to Australia in 1971 with a PhD fellowship at the University of Adelaide. His doctoral work on wheat agronomy set new benchmarks in the wheat industry and not only won him much acclaim, but also boosted state yield by 20%.
He then spent many years in research and training in natural resource management at the University of Melbourne, his skills and expertise leading to contributions in the field of primary industry.
“Notable amongst my contributions was my research with the Jerusalem Artichoke, a tuberous root vegetable like the tapiocca,” Dr Parameswaran described. “I used it to create a fermentable substrate to produce ethanol, to be blended with petrol for use in automotives. It received wide acclaim.”
As well, his research on land and water salinity, irrigation and drainage, and strategies to conserve water (“such a precious resource”) have been published extensively in scientific journals.
So how would he advise India?
“India must step up its use of scientific technology in its primary industry,” he observed. “For instance breed new varieties suited to the environment, instead of using the same varieties everywhere – this will enhance crop yield and productivity.
Tamil Nadu seems to be doing this to some extent but in Kerala, my observation is that commercial agriculture is dying out. They seem to be focussed on promoting tourism, while buying food from other states.”
And what could Australia be doing better?
“We need to encourage STEM education. We need more people to take up STEM careers – perhaps from the Indian community, because we come for a land of eminent mathematicians, and so must continue the tradition to the betterment of our adopted country. We must encourage women especially – I believe in cultural and gender equality. The participation by women in STEM is much lower than expected and this has to change. As regards the quality of maths and science education in this country, the system seems to be geared towards achieving a high score rather than actual learning. And the lack of good teachers is a concern too.”
Having now retired from his academic career, Dr Parameswaran continues to lead an active life with involvement in the community. He sits on the boards of hospitals as well as educational and business institutions such as Shepparton’s Community Health Service, Australian Institute of Agriculture Science and Technology, Australian Institute of Community Practice, Victorian Multicultural Business Advisory Council, and the Adult, Community and Further Education Board.
He’s also a great proponent of multiculturalism. “Shepparton is a great centre for government settlement programs for migrants so there are Afghani, Pakistani, Iranian communities here. I enjoy mingling with them and attending their events, and encourage fellow board members to welcome these people as well.”
It is no wonder that The Sun Herald recently ran a cartoon of him as a ‘man with many ideas’.
About his OAM, Dr Parameswaran remains deeply humble. “It is a great honour. We shouldn’t be working for awards – commit yourself to work of the community, that itself is the award. But without doubt my OAM will be a catalyst to do much in future. Perhaps it is God’s message that other people are looking at my life!”
This Australia Day, Dr Parameswaran will be celebrating not just the OAM honour but another one as well: the Shepparton Australia Day Committee has named him the Citizen of the Year.