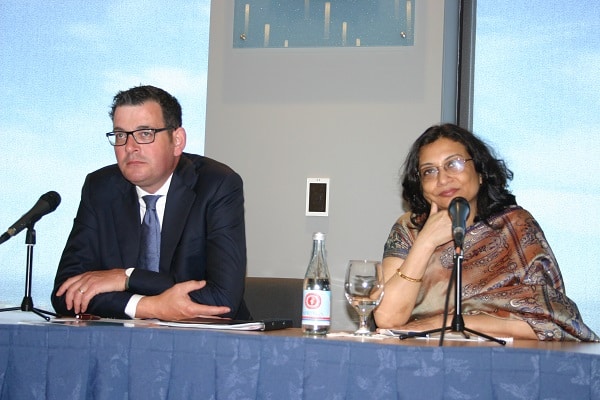 Reading Time: 3 minutesThe Victorian Government is set to launch its India strategy in January 2018 in conjunction with Premier Daniel Andrews’ first official visit to India. The announcement was made at the Strengthening Indian Engagement Forum, held recently, by the Department of Premier and Cabinet.

According to the Premier, the Victorian Government is committed to deepening its connections with India for enhanced two-way cooperation and mutual benefits.
The India strategy is expected to focus on areas that will have a positive and lasting impact on Victoria’s relationship with India. It will also support closer engagement across important sectors and work closely with Victoria’s partners in India to implement the strategy.
Giving a sense of its direction, the Premier said that the strategy would ensure four themes of meaningful engagement, equal exchange, personal connections and long-term commitment.
“This is not some patronising strategy where we are in effect saying to India, ‘Look at all these wonderful things we can do for you.’ There is much to be learnt from both sides of the partnership, much to be done and much to be gained,” said the Premier as he addressed select media and community leaders.
“We have been working on this strategy for quite some time. It is a framework that is positive, with real targets, milestones and metrics. It will help us in coordinating efforts across government, business and broader community to create sustainable, long-term relationships,” said the Premier.
He claimed that over 180 consultations have been held with key stakeholders in order to develop this whole-of-government strategy.

The premier briefly hailed the initiatives and collaborations already in place to improve institutional ties in renewable energy, sports, software development, transport systems, road safety and health. He said there were significant opportunities and partnership potential in addition to the key priority sectors of health, education and liveable cities and places.
He outlined the successful India Victoria partnerships that include the Indian Film Festival, Diwali festivals, Australia-India Leadership Dialogue, Australia India Youth Dialogue and the inaugural Asia-Pacific Triennial of Performing Arts (Asia TOPA) in Melbourne.
He also mentioned the efforts underway to establish Victoria’s first Indian cultural precincts in Dandenong, Wyndham and Monash.
According to the 2016 census, nearly 210,000 people in Victoria are of Indian ancestry and the number is on the increase. There were 34,000 Indian student enrolments in Victorian universities in 2016, accounting for 44% of all Indian students in Australia. In 2016, Victoria welcomed just under 112,000 Indian visitors.
“It is such a source of pride to know that more people from Indian background choose to settle in Victoria over any other Australian state. It is proof of the depth and the degree of our understanding and empathy as well as a complete validation of the opportunities that we are set to share in. With the development of this strategy and the travel in January we are well on our way in doing that,” said the Premier concluding his address.
Robin Scott, Minister for Multicultural Affairs, echoed similar themes reflecting on the critical role that the Indian diaspora plays through their participation, celebration and contribution to Victorian society.

According to the Minister, India will have a crucial role to play in the Asian century, moving forward, as it is particularly well-placed demographically for periods of sustained economic and social growth due to the large number of people entering the workforce.
India is grappling with the challenge of modernising and creating smart cities and is looking for partnerships in terms of knowledge and how to go about it, according to Manika Jain, outgoing Consul General of India in Melbourne. She felt that India could benefit from collaboration with Victoria in water management and waste management.
The Consul also spoke about the learning involved for Australians, despite the ‘chaotic’ nature of India. According to her, India is well versed with crowd management, demographics, and dealing with new migrants in what she termed was a pluralistic society.
The floor was opened to questions and feedback from the community to help in addressing existing concerns and exploring future possibilities. The need for a free trade agreement with India, further support for international students and more facilities for Indian seniors were discussed.