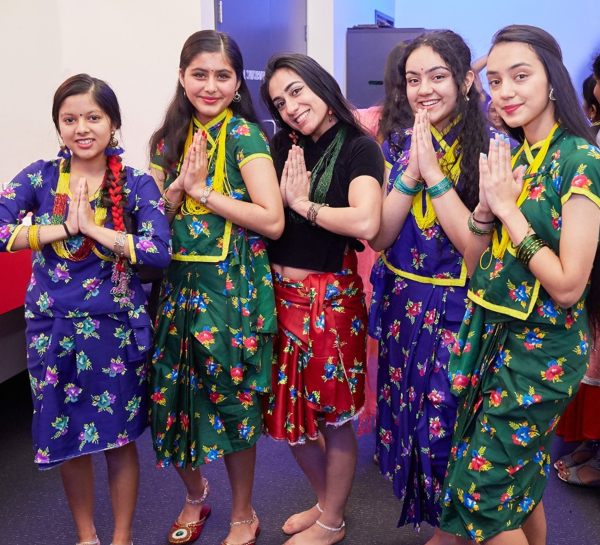 Both inclusive and immersive, the Festival brought together artistic talent from across Victoria with over 150 participants from many multicultural backgrounds.
Besides the quintessential Bhangra and Bollywood, the Festival reflected a diverse array of culture through Indian classical dances, Greek and Spanish performances.

The combination of emerging and established artists attracted a considerable crowd over the weekend.
There was an inescapable sense of celebration with a mix of singing, dancing, comedy and fashion parade held indoors and live music, yoga, language sessions and drumming taking place outdoors.

Festival Director Nawal Moudgil feels the festival is evolving with each year to include more talent, giving SSCAFF a good mojo rising. “It started as a dedication to the late Yash Chopra, renowned Indian film-maker and patron and I am proud to say it is going from strength to strength,” Nawal told Indian Link.
This year again the festival featured film screenings, film workshops and a panel discussion on how social media is a film-maker’s new best friend. Film panelists John Hipwell, Winston Furlong, Amy Perera, Lin Arrifin, Daniel Schultheis and David Black discussed the topic moderated by Preeti Daga Raizada.

This year again SSCAFF offered a festival experience that inspired joy, positivity and engagement with the multicultural communities. “With support from all we wish to continue with this affirmation and celebration of unity amongst diversity for many years,” said Nawal.