This is the first time a carrier has operated a non-stop service between Melbourne and Sri Lanka. 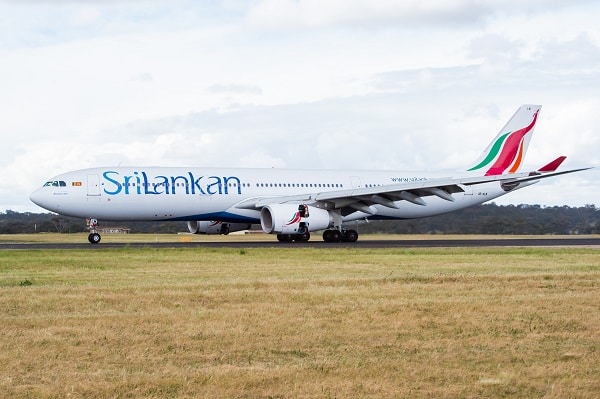 Victoria is home to more than 55,000 Sri Lankans, and the population is growing by 27% since 2011.
The highly awaited 10-hour flight will provide an unprecedented level of convenience and comfort for Sri Lankans and Indian residing in Victoria. Travellers looking to explore Sri Lanka and beyond can also avail this opportunity.

“We at SriLankan Airlines are delighted to launch this new service, which we have no doubt would be of great convenience to all segments of travelers, including the large number of Sri Lankans domiciled in Australia, the many Australians who love to travel overseas and people throughout Asia who visit Down Under,” said Ajith Dias, Chairman of Sri Lanka’s National Carrie.
Sri Lankan expatriates and students form a large and significant community in Australia, and frequently travel back to their native land. Many of them reside in Melbourne, and other cities in the state of Victoria and neighbouring New South Wales, with smaller numbers throughout the rest of Australia and New Zealand.

Captain Suren Ratwatte, CEO of SriLankan Airlines, said: “We have been extending our route network in a systemic manner throughout Asia – from the Middle East to the Far East – and can now provide Australian travelers excellent options in connectivity, with one-stop journeys to the most popular destinations via Colombo.”
Passengers will enjoy the comforts of the airline’s modern Airbus A330 aircraft between Melbourne and Colombo, with flatbeds in Business Class, sophisticated in-flight entertainment and world class service provided by SriLankan’s award winning cabin crew.

Currently, SriLankan Airlines offers convenient connections to 14 cities throughout India, nine in the Middle East and other destinations such as Male and Gan Island in the Maldives, and Seychelles. SriLankan also operates one-stop twice-daily services between Sri Lanka and Australia with its codeshare partners Qantas and Malaysia Airlines.