Spreading the message of the Ramayana 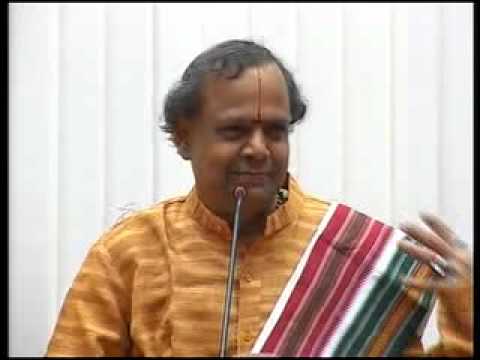 Reading Time: 2 minutesNagai Sri Mukundan gave a series of pravachans [religious discourses] under the aegis of the Vedic Society of Victoria, at the St Scholastica Centre in October

Nagai Sri Mukundan is a well known pravachan pandit in Tamil, who spreads the message of the Ramayana and the Mahabharata, and is able to reach out to large audiences. He has travelled to most cities in India, and several overseas destinations. So popular are his lectures that they attract audiences of all ages. It was not surprising, therefore, that his talks in Melbourne were a roaring success.

Although Sri Mukundan’s favourite epic is the Ramayana, he is famous for his dramatic rendition of Villi Bharatam [Mahabharata in Tamil] as well. He is well known for his lectures on Kamba Ramayana, the 13th Century Ramayana written in Tamil by the great Tamil poet Kamban.

His two lectures on the Ramayana in Melbourne – one on the ‘Avatara mahima’ of Sri Ramachandra, and the other on Paduka Pattabhishekam of Bharata – were excellent commentaries that fleshed out the beauty and significance of the Ramayana.

Sri Mukundan brought a new and fresh perspective to this timeless epic, keeping the audience enthralled with his witticisms, anecdotes and double entendres.

He knew how to engage and work an audience – and remembered the names of almost all the adults and children he had met during his short stay in Melbourne – and would pause to ask them questions.

His two discourses on the Mahabharata were filled with a deep understanding of Krishna as a messenger and of the special significance of Krishna avatara.

The Chairman of the Victorian Multicultural Commission Chin Tan, inaugurated the talks and was presented with the VSV’s first souvenir on the occasion.