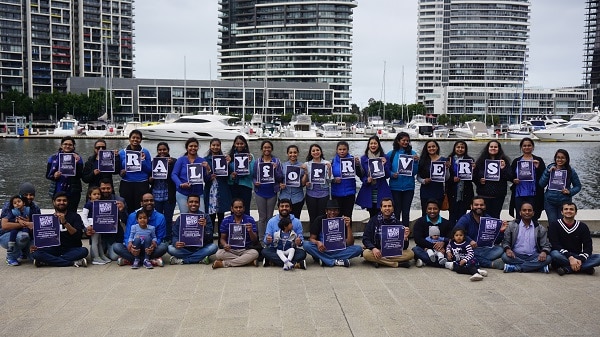 “Everyone who consumes water must rally for rivers”, says Jaggi Vasudev or Sadhguru, as he is better known. Sadhguru is the founder and spiritual leader of the Isha Foundation, an organisation known for its free yoga programs, self-development programs such as Inner Engineering and environmental initiatives such as Project GreenHands. In September this year, he launched a Rally for Rivers to rejuvenate the rivers in India, many of which are drying up drastically.
Leading a convoy across sixteen of the most affected states in an attempt to raise awareness, he broke partisan and political barriers, successfully getting several state governments to offer their support to the cause. It also received support from famous sportspersons, artists and other celebrities across India. Hundreds of thousands of people showed up on the rally route. Simultaneously Isha Foundation also ran a ‘missed call’ campaign and 12 crore (120 million) people have already shown their support this way.
Why rally for rivers? The seven major rivers of India and their tributaries have been the lifeline for millions of people living on their banks and along their courses for hundreds of years. Rivers carry water and nutrients to areas they flow through. They provide sweet water for drinking and are home to many creatures. Rivers provide a transport channel and can be a source of hydro energy. Most of the world’s civilisations such as Indus, Nile, Tigris, Euphrates and Yellow River have emerged on river valleys.

In India, people have a spiritual association with rivers, addressed reverentially as ‘mother’, a source of life. Most rivers are named after goddesses. Up until now rivers have helped us maintain the fragile balance of eco-systems by absorbing and carrying away waste and effluents, but we have battered them to a point that they cannot recover without our help.
Recognising this and the need for urgent action, a simple solution to reverse the trend is proffered by Sadhguru – maintain a minimum of one kilometre tree cover on both sides of the river. Where the land belongs to government, forest trees can be planted and where land is privately owned, income generating fruit trees could be the planted. By afforesting the banks, river basins are given a chance to recoup. Trees are essential to capture moisture from the air and rainfall. They also hold the soil together and prevent erosion, preventing the destructive cycle of droughts and floods that occur otherwise. Trees can provide a source of income for the farmers too. A win-win situation for people and the environment.
Some sceptics have argued that solutions, such as these proposed by Isha Foundation, do not consider many ecological issues of riparian vegetation systems and groundwater systems or the logistics of agro-forestry. Will tree saplings planted in various abhiyaans (drives) survive without further nurturing? How will this be ensured? How will horticultural produce reach markets? Without such arrangements, will such an enterprise be viable for farmers? However, no one can deny that trees are good for the environment and afforestation does stabilise micro-climates, increases rainfall and contributes to general health of rivers and groundwater.
Amod Datar, an Autralia-based volunteer with Isha Foundation, told Indian Link that this simple idea of planting trees along river banks is backed by scientific research. “The ‘missed call’ campaign which has garnered so much support in India and among Indians the world over, is proof that people realise the seriousness of the situation and want to do something about it. What the Sadhguru is trying to achieve with the rally is a long-term commitment from the government, as reviving the riparian eco-system will take many years to happen, way beyond the term of a state government.”
In Australia Isha Foundation volunteers and friends have met over the past few weeks in Canberra, Brisbane, Perth, Melbourne and Sydney to show support to the cause. The Indian High Commissioner in Canberra and many dignitaries in other Australian states joined in supporting the Rally for Rivers. Amod said that in future Isha Foundation plans to meet up with the Murray Darling Basin Authority and exchange notes on how best they could contribute towards enhancing river systems in Australia, while at the same time taking ideas to implement the Rally for Rivers plan in India.
Australia is also very prone to droughts and its river systems are under threat. It is the world’s driest continent and less than one-fifth of the rain that falls in Australia ends up in its rivers. The government here has formulated catchment management plans to protect riverine eco-systems and manage water use effectively. Working together and sharing lessons learnt could be a great way to enhance cooperation between our countries.
As Kalidasa wrote in Raghuvansham, “Rivers are like mother for the country and mountains like the father… These water-filled streams fill the earth with the power of procreation and energy. It is these streams flowing on the landmass which act as the blood-pumping arteries in the body”. No doubt a cause worth rallying for.