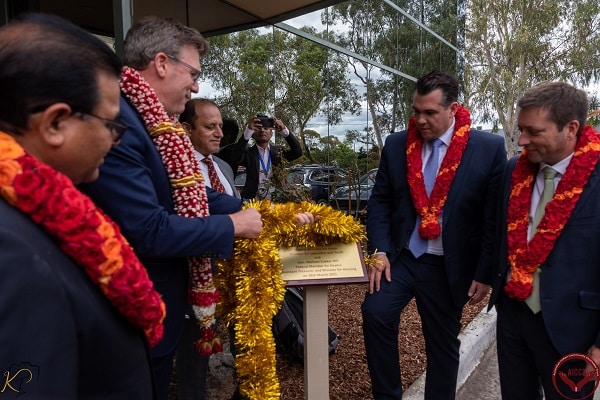 When Vasan Srinivasan pottered around at Melbourne’s new Indian community centre at Rowville on the weekend, he observed compatriots stop in their cars to check out the building.

Some even took photographs.

“It was a wonderful feeling,” Srinivasan beamed as he spoke with Indian Link.

As the driving force behind the new Australian Indian Community Centre that was launched late last week, it must have been satisfying to see that the word had got around so quickly, and had piqued interest in the community.

Community centres have been a pipedream for way too long, and now Melbourne becomes the second hub after Perth to have ‘a place to call home’, as Srinivasan refers to it.

An idea that was floated way back in 2012, it took much lobbying with the government and within the community to finally see it to fruition.

Alan Tudge MP acknowledged this when he said at the inauguration, “This has been the culmination of a big vision and hundreds of hours of work by community leaders.”

The Community Centre at Kingsley Close in Rowville will have hospitality and function centre facilities, and will also host cultural and sporting activities, seniors’ activities and educational programs for the young.

The premises, formerly owned by Salvation Army, include on the ground floor a main hall and a mini hall that can accommodate 250 and 120 people respectively; offices, toilets and showers, and out the back, a sport centre which could convert into a 350-seat dining hall.

Upstairs is home to the Museum of India, now relocated from its temporary home at Dandenong. Filled with artefacts donated by the Parekh family, it will be an added attraction. Some of the collections include nearly 500 coins (some dating back to 600 BC), nearly a million stamps, a large collection of Gandhi memorabilia, no less than 600 paintings, and many sculptures and books.

Outlining the journey of the Australian Indian Community Centre, Srinivasan described, “Some 28 Indian organisations came together as an Indian federation to see this project through. These included local organisations of people hailing from Kashmir to Kerala. While individual organisations continued to carry on their activities, a small group from across the board formed a core committee for major infrastructure projects to service the community at large.  This core group, the Australian Indian Community Charitable Trust (AICCT), was made up of like-minded people who would support the projects physically, financially and morally.”

A list of five major projects were drawn up – an ethno-specific aged care facility, a museum of Indian art, an Indian community centre, a retirement village for Indian-origin people, and a school.

“We’ve delivered on three of these,” Srinivasan declared. “The ethno-specific aged care is a 108-bed facility in Noble Park that MiCare will construct and manage. Planning is approved, and construction is due to begin shortly, as COVID played spoilsport. It will have language-based staff and volunteers, prayer rooms and a 300-capacity community hall.”

Museum India was launched in 2014 with collections donated by art collector and connoisseur Dr Dinesh Parekh, who passed only weeks ago.

The Indian Community Centre is currently awaiting Council approval, Srinivasan revealed. “The premises were used previously as a place of training and assembly but ceased operating thus two years ago. We are waiting on Council to reinstate permits for these purposes again; we’re hoping they’ll come through in the next six weeks.”

A website for the community centre is in development: it will enable people to book facilities online, register for events and also see the Museum in 3D.

“We would love to celebrate Independence Day here, but are aiming most certainly for a Gandhi Week in October, with Museum activities and a lecture series,” Srinivasan announced.

It was exactly two years ago the Indian community in Perth secured its India centre, thanks to the Indian Society of Western Australia (ISWA). It was a project on which Srinivasan had advised.

“I worked together with a very committed ISWA team under then President Surya Ambati, to negotiate with the federal government,” Srinivasan recalled. “We were able to secure grants of $2.5 million each. They’re hoping to inaugurate this August too.  Of course they’ve had to construct, but we were able to purchase existing premises, even though we’ll have to spend $250,000 for upgrades.”

What about an Indian centre in NSW, we ask Srinivasan.

All he’ll say in reply is, “We are disappointed that the NSW community is not coming together to achieve what we have.” 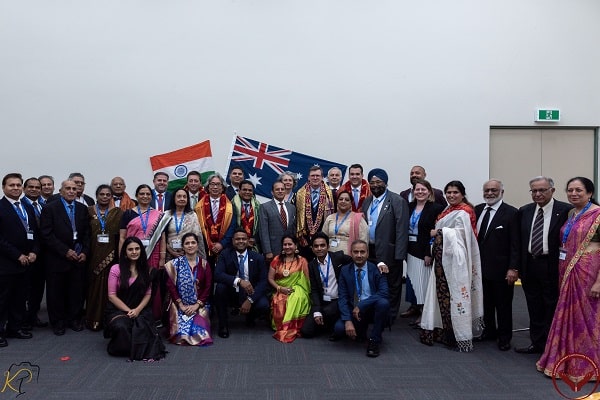