On India’s Republic Day, a peek into the ways in which the country is being transformed 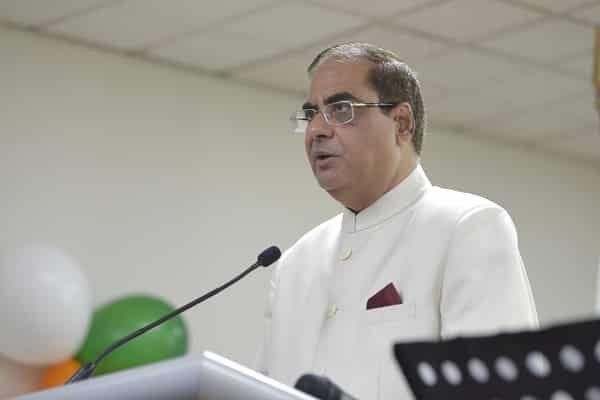 Reading Time: 3 minutes“The future depends on what you do today.” These were the final words of a documentary called Raising Hope, played by the Consulate General of India (CGI) in Melbourne on 26 January.

Those words resonated strongly with a 250-strong gathering as CGI Melbourne marked India’s Republic Day – which coincides with Australia Day – at its St Kilda Road head office. People from all over Victoria attended the event to socialise, learn about the developments in India and mingle with family and friends.
The event opened with the youth through to the elderly standing proud and singing the Indian national anthem as they watched the Indian flag being hoisted.

In his speech, Acting Consul General Rakesh Malhotra explained some of the achievements of the Indian government over the past 12 months.
Malhotra reiterated the importance of each citizen of India contributing to the success of the nation and noted that we should all continue to maintain strong ties with our home country. He reminded the attendees about the large number of schemes supported by the Indian government, information for which is available online.

Following the opening speech, the documentary Raising Hope was played. While it showcased a simple message, its meaning is significant: often, we idealise in the present what the future should be, but we fail to do the things necessary to help us achieve our goals and dreams.
The documentary explained the current strategic and innovative steps taken by the Indian government to bring about India’s transformation. Initiatives including greater job guarantees, housing loans for rural dwellers, accessible bank accounts for all, quality health services and alliances with other countries were some of the measures explained.

In an effort to help India achieve socio-economic equality, improved living and health conditions and greater economic prosperity, key leaders within the Indian government are implementing rapid changes.
India is also taking a stand on key global issues. A few days ago, Prime Minister Narendra Modi, in snowbound Davos, Switzerland, told the attendees at the 2018 World Economic Forum that he aspires to achieve “a cooperative, harmonious, sharing and caring world.” As one way of achieving it, India will soon join 40 other countries to unveil the International Solar Alliance.

In line with the theme of the documentary, a primary-school aged child voiced the words of freedom fighter Bhagat Singh. Singh’s zeal and his readiness to even lay down his life for his community and country made him a hero in the minds of Indians.
Coming as it did on Republic Day, this reminder of putting the country first couldn’t have come on a better occasion.