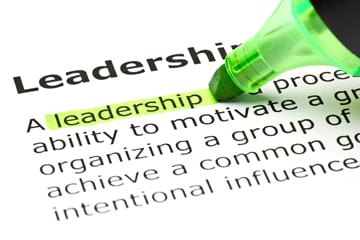 An award winning international student, Abhishek Awasthi is shaping leaders of the future

The extensive work carried out by Abhishek, or Abhi as he is fondly known, in shaping the next generation of leaders has led to this coveted national recognition.

Based at the campus in the central Victorian town of Bendigo, Awasthi’s dedication towards building better communities has also led to him being recognised as one of the leading practitioners in higher education across Australasia.

Hailing from the picturesque town of Mandi in Himachal Pradesh, Awasthi has been living in Australia for just over six years. He completed his Master of Biotechnology degree from La Trobe University’s Melbourne campus in 2009, following which he took up a role within the University.

Remaining true to his humble self, Awasthi told Indian Link: “It’s a great honour. I am happy and excited to be declared the winner.”

“The award acknowledges my leadership, business, as well as vocational, excellence and has had a very positive impact on both my personal and professional life. The award is also recognition as well as a reflection of the wonderful students, staff and community where I work.”

Head of Campus, Bendigo, Rob Stephenson, said this award recognises young staff that have made significant achievements in their field.

“Abhi is passionate about motivating students to engage in learning through first-hand experience of community action. In his role as University Student Engagement and Transition Officer he has been a strong advocate of volunteering, civic engagement and leadership development,” Mr Stephenson said.

When asked what motivated him to take up a career in tertiary education management, Awasthi said, “For me, education and its purpose are about the knowledge and skills that one develops through experiences, leading into effective leadership. Education is more than a degree or diploma. It’s about self-awareness, it’s about thoughts and creativity, it’s about confidence and motivation, it’s about self-discovery and it’s about the choices we make.”

Awasthi said he strongly believed in the importance of civic engagement for the development of any individual and consequently their community. He added that there has been a range of projects undertaken which directly benefit the local community. Such Projects include fundraising events, business-networking events, mentoring programs for international and refugee students in schools and a series of youth training workshops and awareness forums for issues such as mental health and violence against women.

Awasthi also added that these projects are helpful to migrant students trying to adapt more easily to the new environment and understand the civic importance of their place in the Australian community.

The best advice Awasthi offered to Indian students coming to Australia for higher education, is to realise and acknowledge that studies will make you eligible for a job, but things you do outside your studies will give you an edge in securing a job.

He advises them to work hard and be responsible for their learning by taking ownership of their actions.

“Do not get in the trap of substandard part-time jobs at the expense of studies,” he said, and tells them to lookout for the opportunities that challenge, inspire and motivate them.

“Grow in skills, confidence, knowledge and networks and get involved and be the responsible citizens and contributors of the community. Be the innovators, entrepreneurs, thinkers and change-makers of the future.”

Despite personal setbacks, Awasthi does not believe in giving up. Having been diagnosed with cancer last year, and undergoing extensive treatments, he continues to work hard, motivating and inspiring students preparing them to be true leaders of tomorrow.