Feeling safe in your senior years 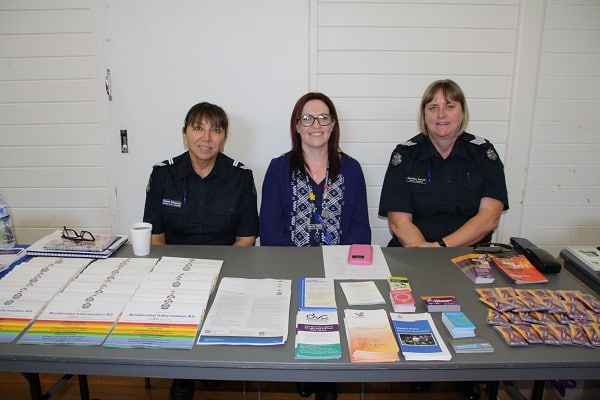 Reading Time: 4 minutesThe elderly members of the community are an easy target for abuse. Whether it be financial, emotional or physical, senior citizens do face abuse by others on a regular basis. The most common perpetrators identified from statistics and reviews are children and immediate family members.
Elder abuse is any act of harm caused to an older person by someone they know and trust. Approximately, 6% of older people experience elder abuse which is currently equivalent to about 210,000 people in Australia. Elder abuse is an urgent and important issue, because the number of older people will double by the year 2050.

Eastern Community Legal Centre (ECLC) in conjunction with ISCA hosted their second Prevention of Elder Abuse Family Day for the Indian community in Mount Waverly recently. The event was moderated by Inderjit Jasal of the Indian Senior Citizens Association (ISCA) and Anand Shome of Indian Care.
The panellists who spoke at the event included Jennifer Daddow (Carers Victoria), Sophie Wade (Department of Human Services), Dominique Horne (Respecting Elders), Dilnaz Billimoria (Banking Consultant), Anita Koochew (ECLC), Elizabeth Sidiropoulos (Victoria Police), Leigh Gilmore (Sheriff’s Office) and Safieh Loulagar (Migration Agent).
Dominique Horne remarked that many elders feel shame seeking help. “Some simply do not want to admit that they are in this situation due to fear of retribution by the abusers, disloyalty to the family and personal dissatisfaction,” she noted. The panel reinforced their view that elders need to take the courage to speak up and not let emotions cloud their judgement.
With property prices rising, high costs of living and a competitive job market, financial independence is definitely a concern for many people. Consequently, dependence is the most likely cause of elder abuse. “Whilst most of the abuse tends to occur when situations get worse, sometimes the abuse is subtle and takes place when the elderly member misbelieves that things are happening for their betterment,” noted Dilnaz Billimoria.
Fadak Alfayadh, Community Development Coordinator at ECLC, noted that elder abuse is a growing concern with many more people attending service providers seeking help. “Elder abuse does not always begin from bad intentions by the perpetrator and the victim. Sometimes the elderly person is unaware of what is happening to them,” she remarked.
Recognising the value of the information being provided, Anand Shome noted, “It has been great to get our community face to face with so many service providers. This in itself is a source of strength and goes some way to resolve problems in the community.” He urged everyone to spread the message and inform others.

VMC Commissioner, Mr Chidambaram Srinivasan attended the event and thanked the ECLC and the organisers for hosting the event that received a high turnout. Inderjit Jasal commented that “It was an informative and engaging forum. Members of the community raised interesting questions which shows that some people do require assistance in understanding critical aspects of elder care.”
One senior member in attendance noted that it was a highly informative and comprehensive forum which provided him with a lot of insight into issues that he might face in the future. Another senior member recommended that, in the future, panellists should have an understanding of Indian culture and customs. This will allow for a more tailored discussion of elder abuse specific to members of the Indian community.
An extensive set of recommendations was recently handed down by the Australian Law Reform Commission, following its recent Elder Abuse Review, which the Federal Government are currently considering. Suggested changes include reforms to Power of Attorney laws and increased levels of training for members of the police force.
What counts as elder abuse?

PSYCHOLOGICAL
* Someone threatening to hurt you or damage your belongings
* Verbal abuse, belittling or name calling
* Being intimidated, humiliated or harassed
* Being threatened with eviction or removal to a nursing home
* Being stopped from seeing your family or friends
* Being denied the right to make your own decisions
FINANCIAL
* Your pension or money taken from your bank account
* Your belongings sold without permission
* Your money or property taken improperly through the misuse of an Enduring Power of Attorney
* Being forced to change your Will
* Being denied access to, or control of your own funds
NEGLECT
* Not allowed to access the services you need
* Not having your physical, medical or emotional needs met
PHYSICAL
* Slapping, hitting, pushing or restraining
SEXUAL
* Someone making unwanted sexual approaches or behaving indecently towards you

Who can be approached?