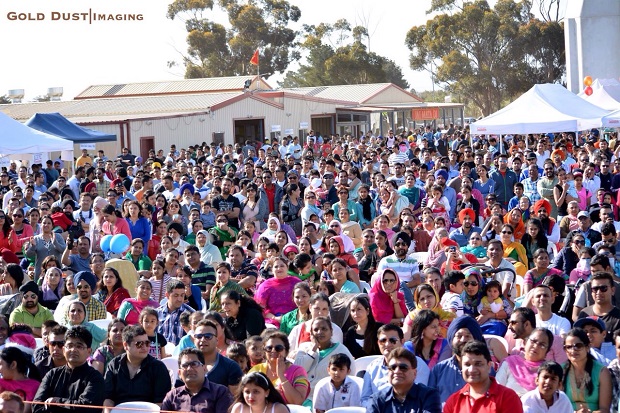 Around 13,000 people recently took part in the the Dussehra celebrations held at the Sri Durga Temple in Rockbank

According to Temple management, “The festival has grown bigger and better over the past few years, and Sri Durga Temple is determined to make it even bigger in the coming years.”

Highlights of the celebrations included a theatrical performance of Ram Leela, Raavan Dahan, cultural programs, and stage performances which included Bhangra, Giddha, a magic show, live bands, and Gujrati dances. There were kids rides, games, a variety of food stalls and lots of fun for everyone.

The main attraction at this year’s celebration was the introduction of the Dussehra Kabbaddi Cup to promote sports within the community. League matches for kabbaddi were held a day prior and the finals were held during the afternoon at the festival, along with other games and races. Seven clubs participated in the tournament including teams from Brisbane, Sydney and Adelaide. The Brisbane club won the cup for 2014.

The festival was visited by many dignitaries including Andrew Elisbury MLC representing the planning Minister Matthew Guy; Telmo Langullier MP representing the leader of the opposition Daniel Andrews; Mayor of Melton City Council Cr Bob Turner, and officials from the Indian and Sri Lankan Consulates. All community leaders present extended their support to the Indian community, in particular with regard to the Temple Road Project.

The day-long festival was concluded with the burning of a 40 foot tall Raavan effigy, accompanied by 20 minutes of breathtaking fireworks and an Aarti on stage.