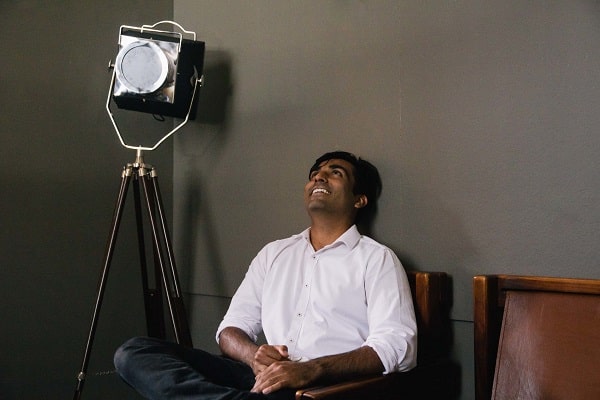 As we sat glued to our devices during lockdown, scrolling through a flurry of COVID numbers, memes and conspiracy theories, Dr Vyom Sharma’s informative, engaging tweets stood out. In fact, armed with his medical knowledge (and a pinch of sass), the young doctor has now become a loud voice of reason against COVID naysayers.

Should Dr Karl and Norman Swann be concerned about their day jobs?

“Not in the least!” Dr Vyom laughed, as he spoke with Indian Link. “They’re professional journalists, I’m seeing patients and adding my voice to the mix occasionally. Those guys are irreplaceable.”

Still, the Melbourne-based GP has become a familiar figure in the mainstream media. You might recognise him from ABC TV News, The Drum, or Network Ten’s The Project. Or you might be familiar with his op-eds in The Age and The Sydney Morning Herald. Perhaps you’ve heard him on Radiotherapy on Triple R?

With COVID, his media appearances have increased exponentially. “One particular day I did six interviews: three TV spots, two radio and one print,” he recalled.

In the last year, no doubt some of the COVID conspiracy theories (who can forget 5G and disinfectant?) must’ve left him astonished when ‘evidence-based information’ is the cornerstone of his presentations on platforms like ABC’s Q+A. How does it feel, featuring on the program?

“It’s daunting because of the reputation of the show and the fact that every word will be scrutinized,” he replied. “But I’ve learned over time that I am most accountable to my own conscience. If I stay true to my intentions, and speak within my lane without compromising on the truth, then my job is done.”

And then there’s Twitter, on which Dr Vyom is prolific, taking on celebrities, journalists, politicians, and even some from his own fraternity who put out medical misinformation. He has garnered nearly 18,000 followers, and a few trolls – with whom he’s learned to deal effectively.

“They’re usually not too good with taking back criticism,” he offered. “I’ve learnt to distinguish genuine debate and discussion from trolling. The first disagreement I’ll take on face value, but their response usually gives away their intent. If they’re not interested in promoting common ground, and are only there to score points, I’ll refuse to play their game. You know, if you’re trying hard to win, then they’ve already won.” 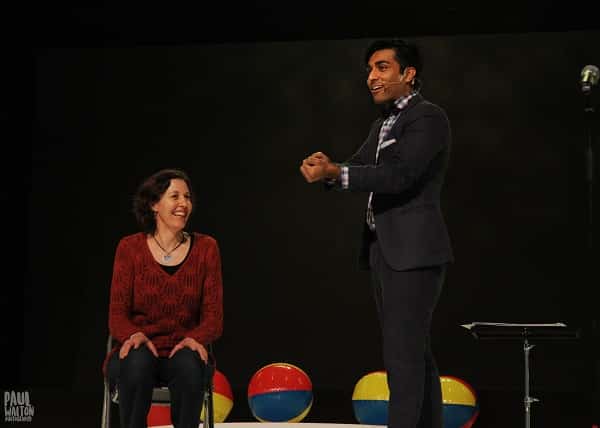 “In all three pursuits I’m trying to persuade people. In magic, I try to convince people of a lie. In medicine and medical commentating, I persuade them towards the truth,” Vyom explained eloquently.

In fact, he remains puzzled by others who aren’t drawn to magic.

Alas COVID has brought his magic career to an abrupt halt. Just before the pandemic hit, he was booked for a show in the Opera House for Oct 2020. It was cancelled.

Clearly though, performing arts’ loss, has been health communication’s gain. And with both passions, Vyom is becoming a role model to others of his generation in the Indian community.

“Feels strange to hear this, because I still feel like I haven’t grown up. But yes, I guess growing up, I rarely saw Indians in their 20s and 30s. Obviously they were there, they just weren’t visible! Certainly not on TV or in the Australian arts scene.”

He added, “I do feel a bit awkward about being seen as a role model – there are plenty of facets in my life that one should not emulate! But if looking at me makes some youngsters feel that as Indians, we have a place in this society that is relevant, useful and will be recognized by the rest of Australian society, then I’m grateful to be perceived in that light.”

Originally from Delhi, Vyom and his family moved to Australia when he was nine years old. Growing up in Melbourne, and briefly Brisbane, Vyom’s Sanskrit name might have been difficult for others to understand.

Any advice for children of new migrants, living with names difficult for Aussies to pronounce? (Think Kritika, which becomes ‘critical’, or Kamini, which becomes ‘kameeni’, if you know what that means in Hindi.)

“I’ve had 26 years to get used to it,” Vyom admitted. “I accept Vee-yom. In fact, it’s how I pronounce my name to others. But yes, it is nice to hear my parents sometimes say it how it’s supposed to be said. I’d advise kids these days to not shy away from the proper pronunciation – now that I’ve ‘grown up’, I find most people want to put in some effort into pronouncing my name properly!” (For those wondering, it would be pronounced Vyo-m, like ‘dome’.)

Before he signed off, we had to ask – how connected is he with his Indian roots or India in general?

“It’s mixed,” he confessed. “I speak Hindi fluently and really like Indian food, eat it often. I love Indian music of all sorts – Jagjit Singh’s ghazals to AR Rahman’s classics. And yet, I don’t have many Indian friends, am seemingly always behind on the big news stories, and never watch Bollywood!”

“Australia is home, and certainly feels like home, but I’ll always carry a part of India in me.”

READ ALSO: Madhu Bhaskaran in 40 Under 40 Most Influential Asian-Australian awards