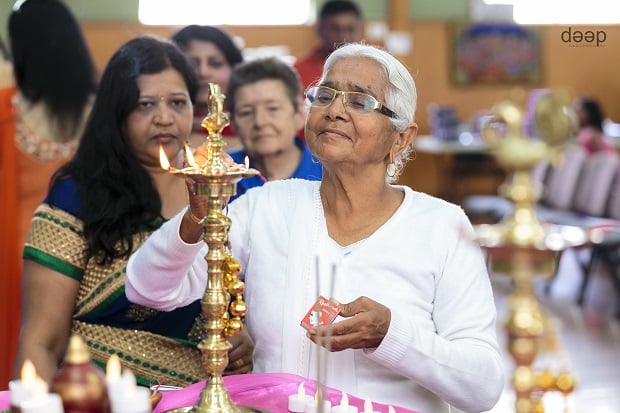 The Australian Association for Indian Culture and Education (AAICE) Inc’s annual Diwali celebration, Diwali – The Festival Of Lights – Bringing Cultures Together, held in Bendigo at the St Andrew’s Uniting Church, proved to be a grand success.

The event started with Lord Ganesha and Goddess Lakshmi aarti (prayers). From then on, the spellbound audience observed a fanfare of activities and cultural representations including a rangoli design workshop, henna and saree workshops, singing, music, and Bollywood-influenced Latin dances.

AAICE Inc. expressed its gratitude and congratulated the Victorian Multicultural Commission for taking the lead in supporting AAICE Inc.’s initiative of bringing cultures together in regional Victoria and celebrating multiculturalism. The Mayor of the City of Greater Bendigo Barry Lyons and Cr Rod Fyffe also pledged their support for the coming years.

In her speech, Senator for Victoria Bridget McKenzie, who represented the Prime Minister of Australia Tony Abbott, read out a message from the Prime Minister, in which he congratulated AAICE Inc. for its fantastic efforts in celebrating multiculturalism in regional Victoria and metropolitan Melbourne. He also acknowledged the contribution of Indians to the general wellbeing of Australian society and mentioned his warm relationships with Indian Prime Minister Narendra Modi and President of India Pranab Mukherjee.

All the dignitaries present expressed appreciation for the hard-work and efforts of Amitabh Singh, the Chairperson of AAICE Inc., and his team of executives for taking such great initiative.