Lights, camera action: Little Mayuri could well be on her way to a stellar career 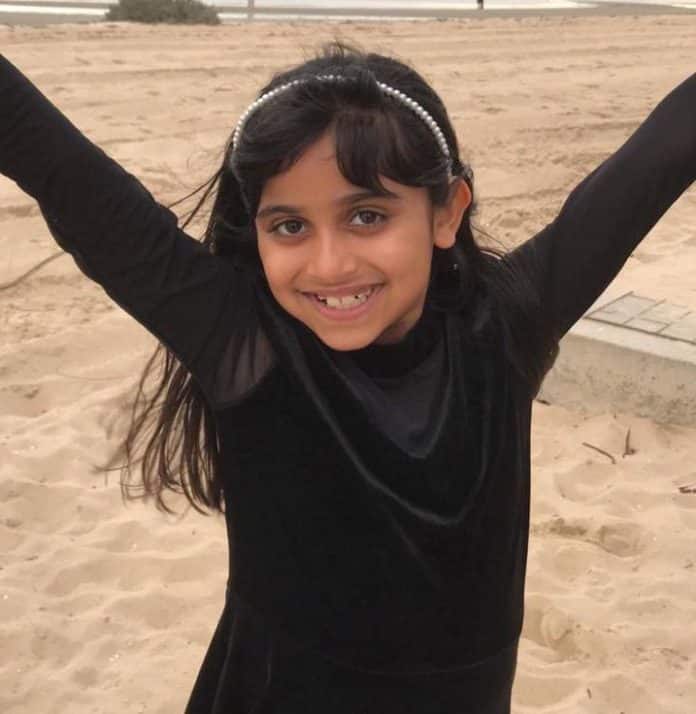 Eight-year-old budding actress Mayuri Guha Das speaks with a maturity way beyond her age.
“I use the ‘CROW’ technique to analyse a script,” she tells Indian Link. “C is for character or the role you’re playing in the scene, R is your relationship with the other actor, O is your objective or what emotion you’re trying to show and W is where, like the place the scene is set in.”
She should know – she’s just come off a highly successful talent showcase with Premiere, an American organisation that runs a global performing arts program for kids and teens.
75,000 kids from 13 countries tried out this year, and 500 were selected, including Mayuri.
The Premiere showcase was held in August this year at the Walt Disney World Resort, Florida, USA.


A week-long reality show, it attracts agents, managers, casting directors and record labels from across the globe looking for talent for upcoming projects. The performers engage in orientations and seminars by industry experts, followed by category-specific showcases like commercials, scenes, monologues, modelling techniques, dancing and singing.
Born in Bangalore, Mayuri and her parents moved to Melbourne when she was two years old. Mayuri has been performing in several stage shows, concerts and festivals across Melbourne, since the age of three. Her popularity over YouTube and other digital media drew the attention of Premiere, who called her for auditions in November last year.

A few of Mayuri’s favourite things

Mayuri’s parents Paulami and Tridipta read up on the procedure involved in the intense audition process, to prepare her to be a strong and confident contestant.
“We went through all the information on the Premiere website,” Paulami recounts.  “We researched about various acting techniques including the Meisner technique, ie, focus on the other actor as opposed to one’s own thoughts or feelings associated to the character. Day 1 was extremely high pressure as there were over a thousand people present and the script was given to us only ten minutes before the cold read. Each contestant was given about twenty seconds to perform, so you either make it or break it! A lot of children couldn’t handle the pressure and went blank during the performance.”

Mayuri has received online training since, by renowned USA-based acting and music coaches for over a year now, and has a voice coach in Melbourne. She particularly loves the pop genre and idolises the pop star Charlie Puth. The young artist also tries her best to dedicate equal time to academics and performing arts.
As an actor, she prefers drama, as the emotions she performs come naturally to her and are easy to relate to. In a very professional and mature tone she describes one of her favourite performances. “It was a scene where the character, Jackson, is about to shoot himself and I was playing his friend and had to stop him from killing himself, but he still does it in the end! It was a very emotional scene.”
Mayuri’s willingness to achieve her goals and excel is impressive for her age.
Her extended family in India as well as friends in Australia got to see the reality show, which was broadcast live globally.
“All were stunned to see Mayuri’s confidence, professionalism and transformation at such a young age,” Tridipta says. “We sincerely encourage all parents to give their children the right opportunities in life to exhibit their talent and skills beyond academics and enable them to become socially responsible leaders.”

Currently, Mayuri has career consultants and agents representing her in Australia, and the family hopes to finalise on an LA based agent shortly. They plan to move to LA in the near future to continue her star-studded journey and help her realise her dreams.