Living in the margins 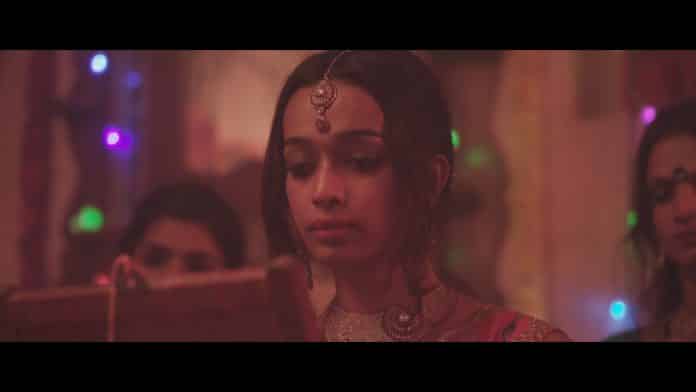 Reading Time: 3 minutesA young boy, aged about 7, is playing with his toys. He’s set up a small toy classroom, and has just finished the play roll call when his father walks in.
The father looks at his son and asks, in a loving tone, “Beta, what do you want to be when you’re grown up?”
“A teacher,” the boy replies.
The father pauses, then asks, “Sir or madam?”
The child hesitates, and then in a soft tone says, “Madam”.
The film Ek Aasha (Hope), symbolises this hope that young trans-girl Ashish has, of becoming a teacher.

Its Melbourne-based writer, co-producer and director Mayur Katariya won the ‘Best First Time Filmmaker’ award at the Australia Independent Film Festival in Brisbane recently.
In the film, Ashish struggles with her gender identity from a young age, and dreams of growing up and being a teacher just like her teacher at school, wearing a red salwar kameez, pretty earrings and lipstick. Bullied at school for being girly and effeminate, and berated and abused at home by her mother for wanting to be a girl like her sister, her only support is her classmate and best friend, who is also a transgender girl. Ashish’s father, though sympathetic and reasonably progressive (he takes Ashish to see a doctor as opposed to the local spiritual leader) seems unable to give Ashish the support she needs.

The film charts Ashish’s struggle as a young child and her transition to being a woman. Ashish leaves home to join the kinnar or transgender community, where she is welcomed generously by the guru and is given the name Aasha. They take care of Aasha and teach her the skills she requires to be a part of their community, which involve collecting money from local businesses and blessing marriages and new-born babies.
Aasha is educated and wants to be a teacher, but as she says in the movie, most transgender people in India aren’t even literate, much less able to pursue dreams such a teaching.
The film follows Aasha’s trials and tribulations, experiences of acceptance and rejection, love and heartbreak. While doing this, it attempts to educate the audience about the of the kinnar community in India – their long history as a part of Indian society, religion and mythology, their sudden change in status when they were criminalised by colonial law, their experiences of violence and exploitation, and the Indian government’s recent moves to grant them equal rights.


Katariya shot the film over 45 days in Surat, Gujarat, his home town.
The cinematography is rich and captivating and makes the film a visual treat, matched by sharp music. Most importantly, all the transgender roles are played by non-actor transwomen, with Disha Yadav, a young transwoman from Mumbai, in the lead role. The film advocates for education and work rights for transgender people, so it was on principle that Katariya wanted the actors to all be transgender.
“I wanted to create roles for transpeople,” he tells Indian Link.
A well-known actress wanted to play the role of the guru in the movie, he reveals, but he declined.
“It was a difficult decision; it would have made funding for the movie much easier!” he laughs. “But I didn’t want to deprive them of the opportunity.”
He adds, “India’s approximately 5 million transgender women have no access to education and career, despite its progressive policies (on paper) for transgender people.”
A tough but sensitive decision for an independent filmmaker, and one that strengthens the movie and its social impact program of promoting education for the kinnars.

Sadly, Katariya reported that his actors faced discrimination and abuse while they were filming in Gujarat. Though Indian law is changing to make the lives of its trans population better, societal and cultural attitudes are harder to change.
All the more reason for a movie like Ek Aasha, for it is cultural change along with structural change which will move transgender people from the margins to the mainstream.
- Advertisement -
Share
WhatsApp
Facebook
Twitter
Linkedin
Previous articleNext, a presidential contest between Modi and Rahul
Next articlePitstop perfect: Singapore