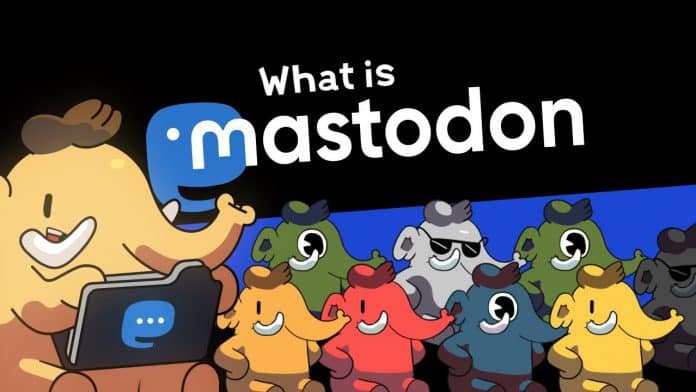 With Twitter India being accused of being casteist after suspensions of some political accounts, a new name has emerged amongst the plethora of social-networking platforms: Mastodon. A platform with somewhat of an anti-twitter impression, it is touted to be unchaotic and free of Nazis. Its name had started appearing around mid 2018 but it is only now that Indian activists and users have started flocking to the open-source micro-blogging platform.

Also known as open-source Twitter alternative, it has been found to be a little confusing to figure out. Unlike Twitter, anyone create their own Mastodon server to their liking, and customise it. These servers are called “Instance.”
All the Instances will provide service to their Mastodon users. Each Instance server can have its own rules created by the user and the community in it can moderate it as well. This feature makes it substantially different, in regards to dealing with trolls. You are free to join multiple Instances (servers) with the same account and continue posting.

The ad-free social network allows all basic networking activities like texting, images, videos, links, hashtags and “tooting.” The tweet is now a “toot” with 500 character limit and the retweeting is a “boost.” But your timeline would be a little different, as the local timeline is a stream from everybody tweeting from that Instance, like listening to everyone in the neighbourhood.

The trolls can be muted, blocked and reported. Reports will be sent to moderators of that Instance and they will review it to either take no action, shoot a warning or banning the user from that Instance. This could be a fairly quick process compared to a global team of maderators looking into a pile of content like Facebook and Twitter.

Some Instances are private whereas some are public. You are allowed entry in a private Instance only after your application to join it is passed by the moderators. There is a Content warning feature and you can also adjust the privacy of each toot – public, follower-only or unlisted.

If you feel all new and awkward, find tour Twitter tribe with “Find Twitter Friends” feature on joinmastodon.org, and see where all the people you already know are hanging out. Twitter user Shubhodeep Pal has created a thread of several activists, lawyers, and journalists who have created a Mastodon account. The thread also lists down the usernames of those people so that you can follow them. When inside Mastodon, you can discover more people by searching with the hashtag “#india”.

There is no single mastodon app, but several. Tootdon for iPhone, mastodon.social, Toot!, Tusky, web clients like Halcyon and Pinafore.social.

They say Mastodon feels like old-school Twitter everyone has been missing. People get to know each other, and are more likely to have genuine conversations and make friends than just indulge in mere arm-chair activism sharing news stories or endlessly discussing politics.