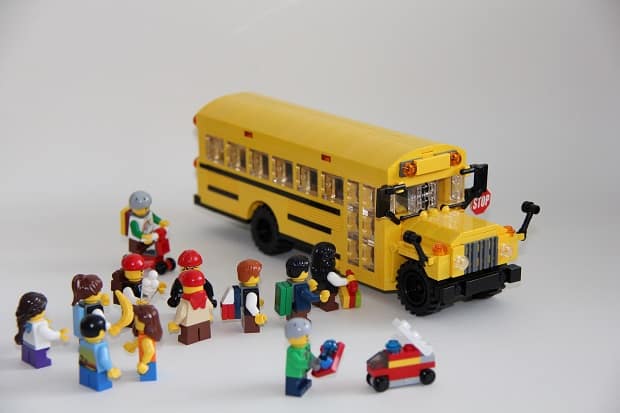 In Britain there is a policy think tank called the Centre for the Market Reform of Education (CMRE). As can be guessed from this title, this independent body seeks to find market-based solutions to problems arising in education. The CMRE has been created in response to the British government and many other parts of the world, seeking to find improved ways to manage school and schooling, and to boost schooling outcomes. In Australia there has been much discussion recently about the Coalition’s education policy. The policy has been characterised as privatising public schools and debate has been heated.
In essence, the Coalition’s education policy seeks to give greater autonomy to public schools and to allow them a greater degree of independence, including in financial matters. Advocates who favour public schools have criticised the plan, while those who favour market-based reforms see them as sensible. However, there are several justifications for the shift to apply market-based reforms to mainstream public education. These are accountability, performance-based pay, localised control including parental input; improved capacity to employ and choice.

Accountability
There is a general feeling that teachers, as professionals, are not accountable enough. This stems from the following observations: most teachers talk to parents only once per year at parent-teacher night. Secondly, they have a closed-door approach to classrooms and rarely have any external party observe their teaching. Thirdly, if a student performs poorly, it can lead to teachers labelling their student as lazy. In this way a teacher can always deflect criticism or outsource responsibility.
While there has been a general raise in accountability over time, the push towards giving principals greater autonomy is on part to allow them to hold poor performing staff to account.

Performance-based pay
Related to accountability is the notion of rewarding high performing teachers with some form of flexible pay or performance-based pay. Of course, this is highly controversial amongst teaching unions. The problem with performance-based pay is how to measure performance. How can the impact of a teacher be quantified? This is particularly difficult to measure although there are sophisticated notions of ‘value adding’ that have been developed. Value adding is premised on a base line of ability within a cohort as measured by external national tests such as NAPLAN. Future performance is then mapped against this baseline, the implication being that performance in excess of the measure must be due to schooling and the efforts of teachers.

Localised control including parental input
Most parents would be familiar with parent bodies such as the P&C (Parents and Citizens) and P&F (Parents and Friends). Indeed, many parents would have had the experience that the most active parents on such bodies tended to find their children were elected into school leadership positions and won the most merit awards! One aspect of the privatisation plan espoused by the Abbot government includes a greater voice for community and parental input. The idea is that schools are within communities and reflective of communities. The community is a stakeholder in the school. Therefore, a greater place for representation of community interests in schools is intended to both, make the schools more locally accountable and integrated, as well as more closely reflective of local needs.

Improved capacity to employ
The Coalition plan is to increase the level of school autonomy. Note, this does not give a school total freedom, but rather relaxes some of the rules around, for example, employment. Included on the panel for the employment of staff would be a parent representative and/or a community representative.
The problem with current staffing arrangements are that often a centralised body will reassign a teacher to a school even when the school wants to appoint a person who has been acting in a relieving capacity or as a casual over an extended time. The external appointments can be very disruptive to students and also can demoralise staff who have been acting in a position and then miss out to someone else.
The capacity to employ and thus manage budgets better will give a principal greater flexibility to shape staff and if renewal is required upon retirement, the cheaper, younger staff with skills reflective of contemporary teaching methods can be taken on.

Choice
It is said that the move towards a quasi-privatisation of the nature detailed here will give parents greater choice. That is, as schools take on a more localised flavour and as autonomous principals apply their vision to their school with greater freedom and fewer constraints, the difference between schools will become more marked. The best schools will be clearly evident and underperforming schools could be subject to performance management of the type currently seen in private enterprise.

Will it work?
The market-based reforms being promoted by the government are similar to changes made in Britain, New Zealand, the USA, France, Germany, Canada and India. There is no doubt that the private market can adjust more quickly to changing demands and will act upon a need to be accountable than the present structures can. However, there is also no hard evidence that the changes make any tangible difference to student performance.