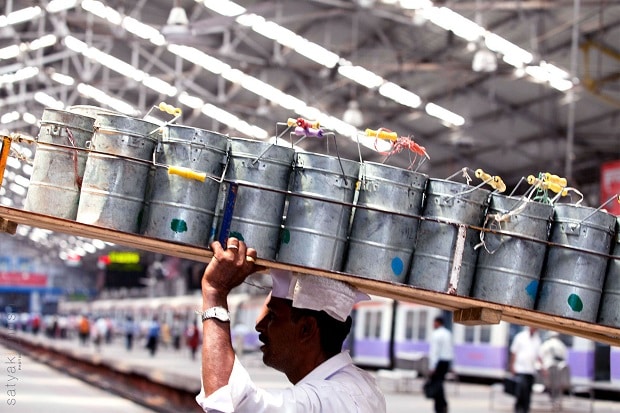 Even though they are not quite the dabbawallah variety, Indian Australian kids today don’t shy away from curry lunches, writes ELANA BENJAMIN

My daughter asks, “Will there be leftover chapatis for me to take to school tomorrow?” It’s 5pm and I’m preparing dinner, hurriedly rolling dough into imperfect circles. “You can have two for your lunchbox,” I reply. But that’s not enough. She requests another chapati (Indian flatbread). Although I’m certain she could eat a third one, the extra one’s not for her, it’s to share with her close friends.

My mother often made delicious chapatis for my brother and me when we were children to accompany one of her bhajis – perhaps spinach, or cauliflower and potato. But neither my brother nor I had an appetite for spiced vegetables. Australian-born junglees, we preferred to devour our warm, slightly chewy chapatis doused in butter, cinnamon and sugar – our Indian version of pancakes.

But Mum never packed chapatis for our school lunches. My lunchbox staple was a peanut butter and honey sandwich on white bread, cut into two identical triangles. It was a pauper’s fare compared to the hot, hand-delivered meals my mother feasted on thirty years earlier as a Bombay schoolgirl.

The Indian movie The Lunchbox recently screened in cinemas across Australia. It’s the story of a mistaken delivery in Mumbai’s remarkable lunchbox delivery system. But these are no lunchboxes that a Westerner might imagine.

Termed dabba in Hindi (and also known as tiffins), they are cylindrical metal canisters comprising stackable containers clipped together with a handle. Each container is filled with different food items to make a complete meal like rice, meat and vegetables. The dabba is transported around Mumbai by a network of approximately 5,000 delivery men known as dabbawallahs. Every working day these dabbawallahs, most of whom are only semi-literate, transport more than 130,000 lunchboxes all over the city.

In 1950s and ‘60s Bombay (now Mumbai), my grandmother spent her mornings cooking elaborate lunches for her family. Her deadline was the dabbawallah’s arrival at the entrance of her apartment building. Each day, he came to collect three dabbas: one to be delivered to my grandfather in his city office, the rest for my mother and her siblings at school.

Even during the heavy rains of monsoon season, my mother’s dabba was already waiting when she arrived at her designated seat in the lunch room of her all-girls Catholic school. One container was always filled with rice, but the rest varied. Sometimes she had meatballs with beetroot. Other days her menu featured chicken and okra, or dhal and chapati.

When she’d finished eating, my mother packed up her dabba and left it on the table to be collected by the dabbawallah and returned to my grandmother for washing and the next day’s use.

Many of my mother’s fellow students also received dabbawallah-transported lunches. But Mum was one of only a handful of Jewish girls in a school which numbered over a thousand. Her family strictly observed Judaism’s dietary laws, so it was imperative that her meal wasn’t mixed up with another, non-Kosher lunch. Yet my mother never received the wrong dabba. Indeed, a Harvard University study concluded that only one in a million dabbas is ever delivered to the wrong address!

My mother left this world behind when she emigrated from Bombay in 1966, eventually settling in Sydney in 1970. Busy building a new life in Australia, my parents didn’t dwell on the past. My mother never explained the significance of the metal canister with three containers which sat in the cupboard of our kitchen. She didn’t tell me stories of the dabbawallahs and the lunches they’d delivered to her. And yet, my parents’ native India was the invisible lodger in our Sydney home.

We shopped for groceries at Franklins, but also made regular expeditions to ‘Eze Moses’, one of Sydney’s earliest spice shops. In the pungent-smelling aisles, we stocked up on sacks of basmati rice, bags of lentils, jars of brinjal (eggplant) pickle, and the item I coveted most, tall bottles of hot pink, rose-flavoured syrup. Foods which were unseen and unheard of in the kitchens of other families I knew.

I quickly learned the art of blending in. Kotmir and piala chai were for home. ‘Coriander’ and ‘cup of tea’ were for out. Fresh young coconuts – if my father could get track them down – were for home. Coca Cola and lemonade were for out. Like a chameleon, I commuted between my two worlds, never mentioning chapatis, rose cordial or coconut water outside the house.

I shouldn’t have felt this tension since almost all my friends were Jewish, just like us. But in many ways, they weren’t like us at all. Most were unfamiliar with the existence of light-skinned Jews from India whose ancestors were Arabic speakers from Iraq.

Yet my nine-year-old daughter has a different approach. For her, our differences are to be embraced, not concealed. She requests extra chapatis to share with her friends in the playground, and eagerly shows off her ability to count in Hindi.

Australia’s current generation of children are growing up with vocabularies which include ‘multiculturalism’ and ‘diversity’. Supermarkets flaunt aisles brimming with international food.

Indian movies are shown in mainstream cinemas, prompting me to tell my daughter the story of Mumbai’s remarkable dabbawallahs and their role in our family’s history. Wide-eyed, she listens intently.

And finally, I am not embarrassed by my unique heritage, but deeply proud!

Elana Benjamin is the author of My Mother’s Spice Cupboard: A Journey from Baghdad to Bombay to Bondi
(Hybrid Publishers, 2012)