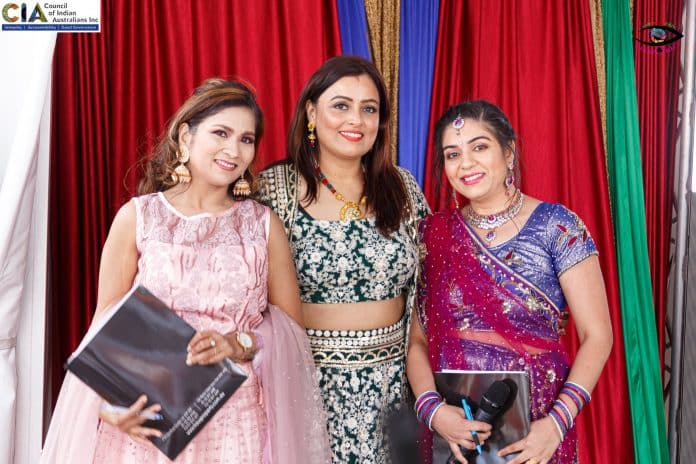 The Council of Indian Australians (CIA) and the Harris Park Business Forum promised a Diwali party which would stop the traffic. Easy one to keep, as the main street in Harris Park (Little India) was blocked to traffic, and taken over by Diwali revellers, dozens of stalls and curious passers-by.

Henna stalls, candy floss counters, business stalls (spruiking property, banking and immigration services), Indian stall vendors and of course, some of the best varieties of Indian food in this city, brought in the festive mood just ahead of Diwali. And all this while a stage at one end of Wigram Street, had nonstop entertainment from songs to dances, even that old party favourite, Antakshari.

The VIP session was also true to form, with more VIPs than people watching on. Yet the wisdom shared by the VIPs – local MP Geoff Lee, the Lord Mayor of Parramatta Bob Dwyer, the chief of the Parramatta Police Area Command and others -indicated how well they appreciated the multicultural aspect of Parramatta and the contributions which Indian-origin businesses make to the fabric of the local society.

“CIA is an organisation which is passionate about promoting the opportunities which Australia offers to migrating Indians,” Nitin Shukla, President of CIA, told Indian Link. “Little India Diwali is but one of the ways in which we not only bring the local Indians to visit Harris Park but also promote the festivity in the mainstream community for the local Australians to enjoy.”

Building on this, Shail Wadhwa, Event Director added, “This is our third year organising this open street celebration and with Diwali around the corner, it is great to have even mainstream companies like Coles having a stall here and linking more closely with the Indian Australian community. We are so happy that we as an organisation can provide such links.”

The celebrations continued late in the evening: a religious light procession took over the crowded street, and fireworks lit up the night sky.

In three short years, these street festivities have become an important part of the community landscape.