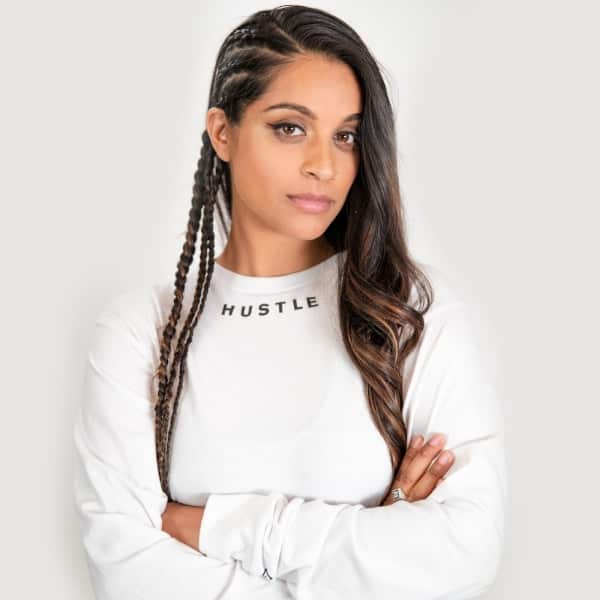 It’s not everyday that a woman of colour lands a chance to be a late night host on primetime American television. Which is why YouTube queen Lilly Singh aka Superwoman, who’s breaking all kinds of race and gender barriers with her new show A Little Late with Lilly Singh which will be out in September, wants to make sure it is inclusive and spreads positivity.
In the late night talk show, to be aired on NBC, Lilly will be seen conducting in-studio interviews. There will also be pre-taped comedy sketches and other signature elements.

For the Canadian, whose show will replace that of Carson Daly, the feeling is overwhelming.
“I am going to try and make it fresh and inclusive, and I want it to be a ray of light, and positive,” said Lilly, who has roots in Punjab.
Can we expect to see a lot of Indian guests on the show?
“I don’t see why not? You can expect all kinds of guests,” she said, adding that actors like Deepika Padukone, Ranveer Singh and Priyanka Chopra Jonas are definitely on her wish list.
A chance to host a show in a male-dominated time frame is itself a feat for Lilly.
“I feel like my presence has become much larger than myself now. Previously, all my accomplishments have been surrounded around me, they have been about me or a milestone I set on my channel or otherwise my life. But this, I feel is bigger than me.
“It’s about a glass ceiling being shattered. I felt an overwhelming amount of support with this particular announcement, more so than I have with for anything else in my life. So, I do feel like I am being lifted up by so many people. It has been a sweet feeling,” said the spirited 30-year-old.
Her claim to fame are her video series Battle of Sexes, The Parents Lols, My Parents React, #GirlLove and Awkward Message Thoughts, and in 2017, she was ranked 10th on Forbes’ list of the world’s highest paid YouTube stars.
But fame didn’t come easy to Lilly, who believes in being fearlessly bold and recently joined the Olay #FaceAnything campaign, urging women in India to go make-up free.

“The messaging is all about being comfortable in your own skin, being fearless about just showing up like you are. That resonates with me because so much of my career has been that – making videos for the public to judge, talking about things that are otherwise taboo. Everything I have done has kind of nodded to being fearless,” she said.

Lilly says there have been many obstacles in her journey.
“One is being creative on demand. Essentially, Superwoman was a hobby turned into a career. So I used to do things for fun before, and now they have turned into a job. So there’s a high demand for being creative and having an overwhelming schedule.
“But it is finding that balance of passion but also business, that has been a bit of an obstacle. There are also a lot of pressures that come with being in the public eye. A lot of the lessons I have learnt are public, a lot of mistakes I make are public, and whatever growth I have had is public. So, it has been challenging,” said the star YouTuber, who came out as bisexual earlier this year.
Beauty, in her view, is about happiness.
“For me, beauty is someone who feels comfortable in their skin, with who they are. I feel the same way about beauty as I feel about fashion and style. When someone feels fearlessly themselves, they are the happiest versions of themselves, I think that’s beauty.”
IANS