Life after the coronavirus

Listing the pros and cons for a post-pandemic era 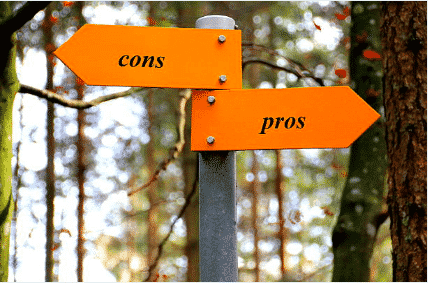 It’s the dawn of the PC era, folks.

No, I’m not talking about the Personal Computer era. That’s some four decades old, and our life is now run by said electronic device(s).

This is not about Political Correctness either, which has dramatically altered our tolerance and attitude for better or worse, depending on who you talk to.

And no this is definitely not about actor Priyanka Chopra, fondly referred to as PeeCee by industry colleagues (and by the paparazzi who rush behind her screaming “Pissy Pissy”).

The pretty looking microbe that is bulldozing the bull market and badgering the budgets of nations, has left everyone wondering what lies in its aftermath. Many futuristic scenarios have been depicted by scientists, economists, politicians, even stand-up comedians. Here’s my two bobs’ worth.

PC has Pros and Cons in heaps.

Pro: The environment is the biggest winner. Companies that ask employees to work from home find it profitable, with reduced overheads like rent, power, insurance etc, and may even embrace it permanently. This will lead to fewer cars on the roads and less air pollution. The loser will be Greta, nay, chota, Thunberg and her teeny-weeny followers flunking school on Fridays. Back to school, girls and boys, the climate is ok.

Con: With millions of jobs gone, commercial complexes lie vacant, fewer towers built and less construction work overall. Every cloud hath a silver lining. These empty buildings may come handy when the next virus breaks out (God, oops, China forbid), to be used as temporary hospitals. Or converted into affordable apartments or even as haven for the homeless.

Pro: With our universities offering courses online to overseas students due to restrictions on their return, many of them prefer to stay home and receive their education at less cost. This may obviate the need for their parents to grab properties off the market, reducing real estate values and helping Aussies buy their first homes. At (private) school, the launch of online education will render obsolete the constant need for new buildings; there’ll be no excuse therefore to fleece parents for donations year after year.

Con: Social distancing may spike the consumption of alcohol, causing a blow-out in obesity. With no work to go to and time on hand, a baby boom is likely.

Pro (followed by Con): With over a million newly unemployed willing to take up any work at lower wages, some entrepreneurs may consider starting new ventures creating a resurgence in manufacturing. Will Holden come back? Don’t hold your hopes high though. Now is a wake-up call to stop the galloping globalisation that has led the world to depend on single sources of supply.

Pro? Con? China-badgers have had a field day asking why there’s been no ‘Beijing blockade’ or ‘Shanghai shut-down’. How come COVID-19 hasn’t touched Russia next door, or battered its all-weather ally Pak? Has Imran hit the virus for a six? Did Kim Jong-un fire his missiles to drive the demon away? Was it indeed, a plot to bring down western economy??

Con: On the lighter side, the Crown it seems is no cover against the corona (poor Charles). The corona can even down a Downing St prime resident.

Pro: About the face mask, we’re all realising now why our Jain munis were such visionaries. Today though, creative advertising gurus have millions of mouthpieces as canvases to convey their messages. In true ‘in your face’ style, I might add. I would advocate for smiley emojis, to cheer the current depressed lot. How about this slogan: “I am OK. Hope you are too?” to convey empathy to fellow maskers. Footy clubs will follow suit to issue masks in club colours – hopefully they’ll muffle the barracking and the out-of-tune and drunken singing.

Pro: The five-guest wedding will be a welcome new social phenomenon (and not just for the bride’s parents who usually have to foot the bill for the wedding party). The guests will typically include the bride, the groom, the priest and the bride’s parents. No room for the bride’s mother-in-law: that category of humans has been weeded out because too many of them have been dowry demanding demons in the past.

Ultimate Pro: My personal favourite is ScoMo’s specification of four square meters of personal space. I have drawn lines in my living room to keep my other half at a safe distance. Absolute domestic peace now. You beaut, oh Wuhan virus!

Disclaimer: This piece was written on my old Smith Corona typewriter, as my laptop has had a virus attack. At least my old Corona is sanitised and safe.