Katy Perry: Excited to indulge in all things Indian 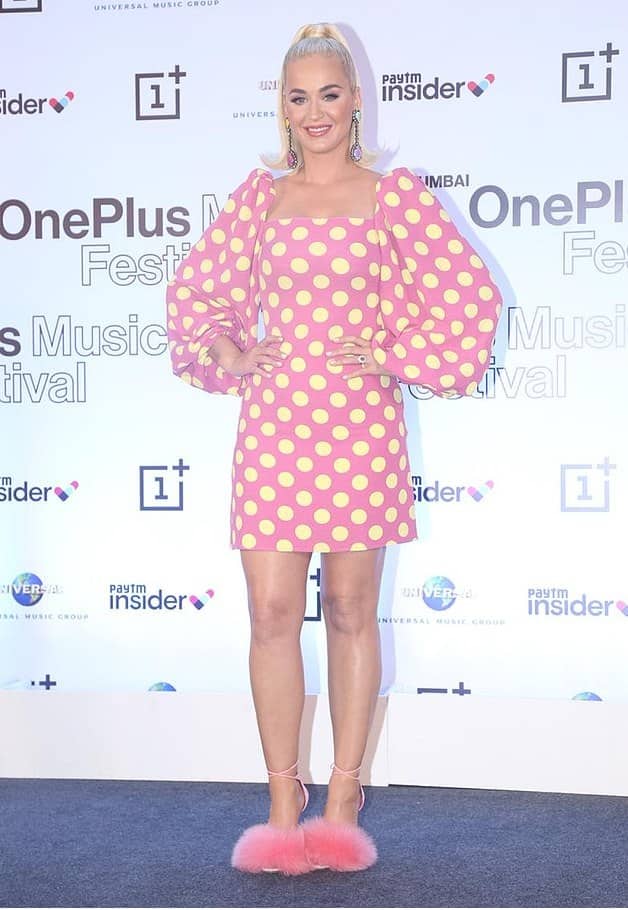 International pop sensation Katy Perry wants to enjoy every bit of her time in India. The American pop diva, who will perform live in India this weekend, shared that she wants to “indulge in all things Indian”.

“I have always wanted to come to Mumbai. I have been to a couple of places. I did a cricket match seven years ago and had some fun in Rajasthan. But I have always looked at Mumbai as a destination because it is the most fun and there is a lot of art and culture, entertainment and Bollywood. So, I am really excited to indulge in all things Indian,” said Perry, addressing the media on Tuesday at the launch press conference of the OnePlus Music Festival, where she is scheduled to perform.

“I am very excited about the Festival and I have created a little bit of a special show. I am not really touring right now. I am doing very few shows but I decided that (I will do) this show. This is one of the most important shows for my year because of the fact that I have always wanted to come to Mumbai. I hear my Indian fans so passionately on social media and OnePlus is amazing as a partner,” she said.

“I am excited to watch some of the other people that are going to be on board (at the festival) – some of the other bands, because I am not as familiar as I should be with them. And I am totally excited to immerse myself in the culture this week in Mumbai and if anybody has any tips, I will take it. I don’t stay in my room, I don’t just order room services and chill. I like to go out, I love people, culture, tradition, I love all of it, so you are going to catch me in the streets,” Perry added.

While in Mumbai, the 35-year-old singer has been invited by Bollywood filmmaker Karan Johar for a lavish party in her honour. “So, I am going to a really fun party. I am going to meet some Bollywood people, I am going to be hearing some incredible bands. It has been a long time since I have been here. When I was here for IPL cricket (in 2012), I really didn’t get much time to immerse myself. So, this time it’s all about immersing and educating myself,” she revealed.

Asked if she has plans to collaborate with any Indian artist, Katy Perry replied: “I think that is what the research and development this week is going to be all about.”

The “Never really over” singer also revealed the kind of people she wants to “hang out” with: “I am excited to meet anyone that is interesting and has a great perspective, has care, kindness and empathy for the world, and wants to do compassionate artistic things. That’s the kind of people I like to hang out with.”

Katy Perry then stressed the importance of singles as opposed to releasing songs in albums. “Music is changing. I think it is more fun to put out a song every few months in a video selfishly — that’s what artistes love. They don’t necessarily want their songs to get lost in an album. Their super fans know the whole album but not everyone does. Sometimes, they only know the singles. Since streaming is such a powerful tool and it’s a different format than when I started in 2008, we are kind of slowly adapting and going with the flow, and just putting things up like little appetisers. That’s how people are ingesting music these days. I am having so much fun because it gives me a chance to highlight every single song,” she said.

The “Roar” singer also highlighted how music binds people irrespective of language: “Music is the universal language. Everywhere you go, no matter the language you speak, you can all unite over singing the same song and have the same feeling. Maybe you don’t speak the same language, but if you know the same song, it’s like you can grab the hands and dance even with strangers. In an age when we feel so disconnected and we think we are connected via social media. When we come together as a community for a music concert, that’s where I feel the magic happens. So, I think, music is that secret language that connects us all.”