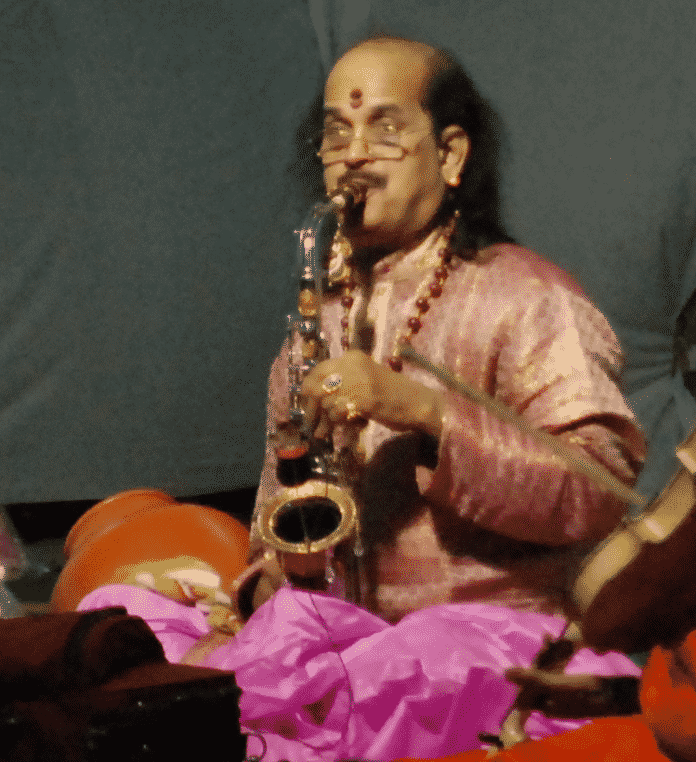 Karnataka’s legendary saxophonist Kadri Gopalnath died at a private hospital in Mangalore on Fri 11 Oct. He was 69. “Gopalnath died due to cardiac arrest after he was admitted to
A.J. Hospital on Thursday when he complained of breathing and back pain,” a state information department official said.

Gopalnath is survived by his wife Sarojini, sons Manikanth and Guruprasad and daughter Ambika Mohan. Manikanth is a noted music director.
Hundreds of the musician’s admirers and followers flocked to Gopalnath’s house at Padavinangady to pay their last respects to him and console the bereaved family.

Born on December 6, in a Dakshina Kannada village, Kadri Gopalnath was son of flute () expert Taniyappa and learnt to play on saxophone from his guru N. Gopalakrishna Iyer of Kalaniketan over five decades ago.

Fascinated by the sound of the saxophone when he heard it for the first time at a concert by the Mysuru palace band, he decided to practice on it and became an expert in a decade.
In recognition of his outstanding performance and contribution to Carnatic music, he was conferred Padma Shri, Sangeetha Nataka Academy award and Karnataka Kalasri award.

Gopalnath was the first Carnatic musician to play at the BBC Promenade concert in 1994 in London’s Royal Albert Hall. He also played the saxophone at jazz festivals in Prague, Berlin,
Mexico and Paris as well as in Mumbai and Chennai. Gopalnath also played for Carnatic music programmes of the state-run All India Radio for years, first at Mangalore and later in
Chennai. He also performed at several state-sponsored concerts across the country during his heydays.

“Blessed with exceptional diligence and talent, Kadri Gopalnath made a valuable contribution to Carnatic music. His works were popular across continents. Pained by his demise. My thoughts are with his family and admirers,” he wrote.

In a condolence message, Chief Minister B.S. Yediyurappa said the Carnatic exponent had adapted a foreign instrument like saxophone to the Indian classical music and entertained
connoisseurs with his enchanting performances. “In his death, the world of music has lost a great musician,” he added.