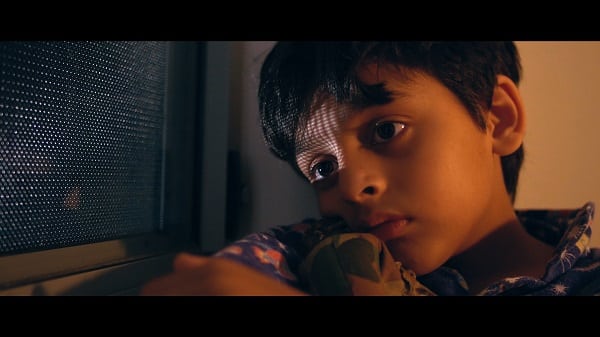 Reading Time: 3 minutesWhen you are doing something meaningful, it just attracts good people who help to make it all happen, believes Ashish Sahasrabuddhe.
The first-time film-maker’s English feature film Just One More Day is currently on a winning spree across international film festivals, including those in Los Angeles and New York.

The film, shot entirely in Sydney, narrates the story of a defence family, highlighting the psychological plight of families of soldiers, including children left behind by those duty-bound to be at the country’s borders with no guarantee of their return home.
It is produced by ThinkGrandFilms, a small production house which Ashish founded with his wife Poonam two years ago, with a vision to make content-driven films.
Filmed mainly in the Hills district, the entire cost of production was borne by the couple, who invested a chunk of their life savings into the project.
But it’s all turning out like a dream for the family, with the film – produced at a cost of $50,000 – garnering recognition and awards all around the globe, including the trophy of Best Young Actor at the Los Angeles Film Awards in November for their nine-year-old son Rishi who played the role of Nick in the film.
The 85-minute film features Australian and Indian actors, including Poonam. It took the team four months to film, most of which was done on weekends and in the evenings after work. Ashish, with his background in information technology, still continues to work full-time.

But we were passionate about bringing this film to life, Ashish tells Indian Link. Poonam had worked for Indian television channels for about six years while they lived in India. Moving to Australia, their creative lives were put on hold temporarily as they settled in, especially after the birth of their two children, whom Poonam was tending to full time.
Describing their motivation for breaking completely out of the mould, Ashish reveals, “We wanted to get out of our comfort zone and do something different. We didn’t want to grow old and have any regrets of what we could have achieved, if only we had made the first move”.
But venturing into unknown territory naturally came with its challenges. “We were on a very tight budget, so tried to source everything from within the family and friends. A lot of people helped out.”
Incidentally, the entire background score of the film was also arranged by the couple themselves. “Initially, we were in talks with someone to do our music. But it didn’t work out. So, we thought of trying it ourselves and got everything arranged. Thankfully, it’s turned out well.”

The film is enriched with three songs which entertain as well as touch a deep chord.
The subject of the film itself is unconventional, and the couple ensured they put in the required research before they finalised the screenplay, including interviewing defence personnel and sourcing out authentic information from the Department of Defence.
And while the film is shot in Australia, it does have its Indian links, such as a reference to Shivaji Maharaj, the famous Indian warrior king from Maharashtra, the state where the couple is originally from. They have, since, lived in the USA and Egypt before finally moving to Sydney a decade ago.
Having tasted success, their confidence and joy is at an all-time high, and the couple hopes to officially release the film commercially in April or May 2018.

“The response that the film has garnered is unbelievable. It’s a vindication of all our efforts and intention. We are passionate about films and performing arts, and we are going to continue pursuing this,” Ashish says.
Two screenplays are ready for future film projects, the duo let slip, of which one is about the teenage life, which they hope to film in the Marathi language.