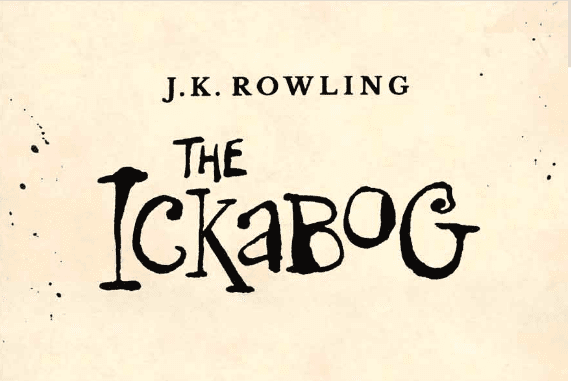 Breaking new ground, J.K. Rowling, the creator of the immensely popular Harry Potter series, on Tuesday launched the online serialisation of a new 34-part series, ‘The Ickabog’, aimed primarily at 7-9-year-olds as bedtime stories but which will appeal to readers of all ages.

Simultaneously, she launched a global completion for the illustrations that will appear in the print edition that will appear in November and announced she would donate the entire royalties to projects that assist groups particularly impacted by the coronavirus pandemic sweeping the world.

The first two chapters have been posted on a dedicated website, www.theickabog.com, with 34 daily instalments appearing in total, each weekday, up until July 10.

“Written to be read aloud, ‘The Ickabog’ is a fairy tale, set in an imaginary land, and is a complete stand-alone story unrelated to the author’s other work. It will appeal to children between the ages of 7 and 9 but can be enjoyed by the whole family. The story will be translated into a number of other languages, and made available on the
website.

“The idea for ‘The Ickabog’ came to me while I was still writing Harry Potter. I wrote most of a first draft in fits and starts between Potter books, intending to publish it after ‘Harry Potter and the Deathly Hallows’,” Rowling said in a post on the website.

However, after the last Potter book, she wanted to take a break from publishing, which ended up lasting five years as she decided she wanted to step away from children’s books for a while. At that point, the first draft of “The Ickabog” was in the attic, where it remained for nearly a decade.

“Over time, I came to think of it as a story that belonged to my two younger children, because I’d read it to them in the evenings when they were little, which has always been a happy family memory.

“A few weeks ago at dinner, I tentatively mooted the idea of getting ‘The Ickabog’ down from the attic and publishing it for free, for children in lockdown. My now teenagers were touchingly enthusiastic, so downstairs came the very dusty box, and for the last few weeks I’ve been immersed in a fictional world I thought I’d never enter again.

“As I worked to finish the book, I started reading chapters nightly to the family again. This was one of the most extraordinary experiences of my writing life, as ‘The Ickabog’s’ first two readers told me what they remember from when they were tiny, and demanded the reinstatement of bits they’d particularly liked. I obeyed,” Rowling said.

Having decided to publish, she thought “how wonderful” it would be if children in lockdown, or otherwise needing distraction during the strange and difficult time we’re passing through, illustrated the story.

“There will be suggestions about the illustrations we might need for each chapter on ‘The Ickabog’ website, but nobody should feel constrained by these ideas. I want to see imaginations run wild! Creativity, inventiveness and effort are the most important things: we aren’t necessarily looking for the most technical skill,” Rowling explained.

Parents and guardians are encouraged to enter their children’s artwork into an official illustration competition being run by Rowling’s publishers around the world, to win a place in the published book in each territory.

The competition was launched on Tuesday in India, the UK, Ireland, Australia, New Zealand, the US and Canada. Other territories will follow shortly. Rowling will not be part of the judging process but will be suggesting scenes and characters to draw on a daily basis during the online serialisation.