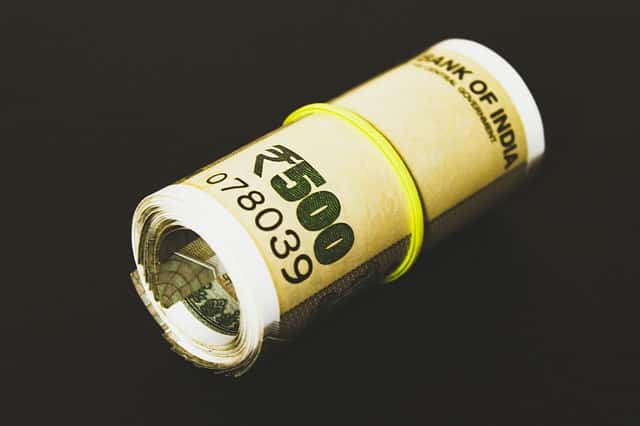 There was a stir among commuters and locals as bundles of currency notes rained on an arterial Central Kolkata street on Wednesday from a multi-storied office complex. Money was falling from the sky as loose notes and bundles of various denominations – Rs 2,000, Rs 500 and Rs 100 – were thrown from one of the floors of the building on 27, Bentinck Street, as local shopkeepers, residents and commuters rushed in to collect the notes.

It later came to light that the notes were thrown on to the street during a raid by the Directorate of Revenue Intelligence (DRI) sleuths in one of the offices housed in the building, M.K. Point.

A DRI source told IANS that a search operation was still on in the building late into the night.

“The search is based on commercial intelligence related to some export, import business. It is a search operation for documents, which may be some information stored in computers.

“But we can’t say anything more at this stage. We also cannot divulge at this point the name of the office where the raid is on,” the source said.

On why the notes were being thrown on to the street, the source said: “We can’t say. We don’t know whether it is connected to our search operation.”

Eyewitnesses said the notes tumbled out of one of the floors in the afternoon.

“First there were some loose notes. But then came the bundles – Rs 2,000, Rs 500 and Rs 100. Somebody was throwing them. We all gathered to see it, but we have no idea why it was being done,” said an eyewitness.

Videos captured on mobile cameras showed excited people scampering to collect the money on the street.

None of the security personnel posted in the building could confirm the name of the office where the raid was on.

DRI is the apex intelligence and investigative agency for matters relating to violation of the Customs Act.