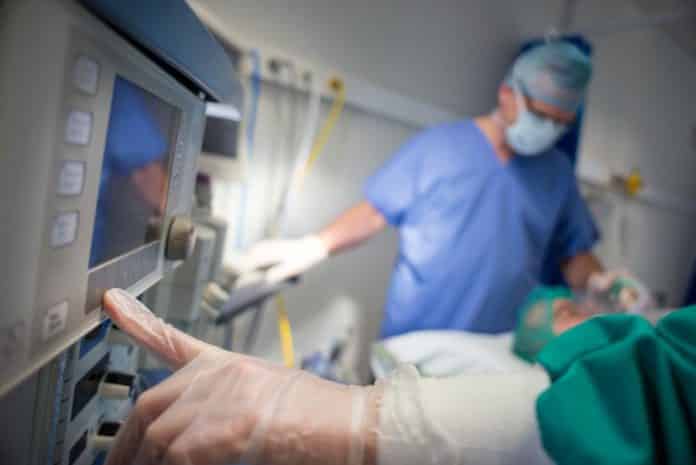 “It’s horrible, horrible, people are dying in the emergency room (ER),” said an Indian-American doctor on the frontlines of the COVID-19 pandemic describing the grim conditions at hospitals in New York city, where patients are lined up in the hallways, freezer trucks are parked outside to store bodies and the ambulance crews received orders to not bring in cardiac arrest cases they couldn’t revive.

On Thursday night as the confirmed coronavirus cases in New York City reached 51,809 and death toll 1,562, doctor Krishan Kumar told media that the hospitals were not prepared for the magnitude of the pandemic and were running out of beds and even basic supplies like masks.

Kumar, who works in the ERs of two hospitals, in the city’s Brooklyn and Queens boroughs that are hard-hit by the pandemic, said: “People are staying in the ER for hours together. Many times people are dying in the ER. There is no floor space upstairs (to move them). There are no beds open.”

The starkest reminder of the crisis is the order issued on Thursday by the city to Emergency Medical Service (EMS) ambulance staff to not bring in people suffering cardiac arrest if they cannot resuscitate them in the field.

“When the EMS brings the patients to the ER, they are either dying or nearly so there is no more CPR (cardiopulmonary resuscitation) in the ER,” Kumar said

For the younger doctors it is very traumatic to see this and they are deeply affected, he said.

A professor of emergency medicine in the New York College of Osteopathic Medicine, who was formerly the medical director of the Fire, Police, Emergency Medical Services Academy and trained the city’s first-line responders, Kumar is bringing his expertise on health emergencies to city hospital ERs in the time of crisis.

He is also the president of the New York chapter of Association of American Physicians of Indian-Origin.

The number of infected people in the city, the epicentre of the pandemic in the US, has been increasing alarmingly; it was up by 4,373 since Wednesday.

The city has been scrambling to increase the bed capacity ahead of what Mayor Bill de Blasio called the “demarcation” or “D-Day” on Sunday when the numbers of people requiring hospitalisation is to shoot up even more dramatically.

Kumar, who has been an emergency doctor for 48 years, 36 of them in the New York City area, said the city was clearly not prepared for it.

Already “people are lying in the hallways, we are lining people there”, he said.

Field hospitals are being set up on the lawns of the Central Park, in a convention centre and the Billie Jean Tennis Centre where the US Open is played.

In addition, a Navy hospital ship has been brought to the city and 20 hotels are to be taken over for hospital use.

In the Brooklyn hospital where Kumar works, he said: “By next week we will have a tent outside the hospital (and) we will start seeing patients in the tent. It is coming to that stage now.”

Given the conditions inside the hospital, he said the tent would be “much safer. Inside the hospital the same air is being re-circulated. The tent will have good air flow, make things much better”.

“There are not enough masks, and if you are given one, you have to keep it for a week,” Kumar said.

Other vital equipments like respirators are in short supply, with Governor Andrew Cuomo demanding 30,000 of them from the federal government, which had only 20,000 in emergency stock.

Kumar blamed city and state leaders for the debacle.

“Ventilators are a basic necessity and they should have had spares – it’s common sense, it is like when you drive a car, you keep a spare wheel; it is basic.

“You have 10 million people in the city (metro area). People are living on top of each other” that could lead to a health crisis like this and because of this there should have been emergency preparedness by the Mayor or the Governor. They knew all this,” he added.

The lessons of the last big tragedy to strike the city, the 9/11 terrorist attack, happened not long and “they did not learn any lessons from that”, he said.

“They are blaming (President Donald) Trump, that he is not delivering. Why are you blaming him when you knew this was the hub of all the world, that is New York City. Don’t you think we should be ready 24/7 for the emergencies?”

One of the reasons for the huge number of coronavirus cases in New York City is the preponderance of immigrants and travellers from around the world, and another is crowded conditions in housing and transportation.

READ ALSO: US navy ships get ready to serve as hospitals to handle Covid-19 crisis