‘Australia is heaven for us bankers’

In conversation with Raj Kiran Rai, CEO and MD of the Union Bank of India 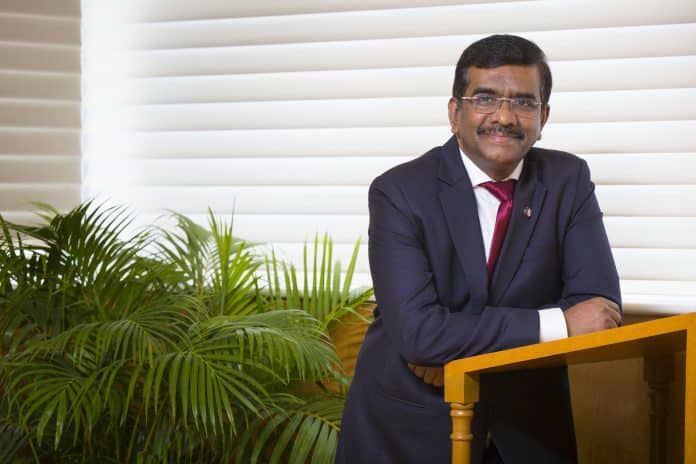 Reading Time: 3 minutes“Union Bank of India has now been in Australia for over two years and the experience has been far better than we expected,” Mr Raj Kiran Rai, Chief Operating Officer and Managing Director of one of India’s largest public sector banks, the Union Bank of India, says. “In fact, we are looking at opportunities to further strengthen our brand. Australia is a heaven for us bankers.”
Minter Ellison, a leading law practice, in their annual Bank Tracker report which details asset growth and progress of foreign banks in Australia, has UBI’s Sydney branch in third position among all foreign banks in Australia.
Mr Rai was speaking to Indian Link from the bank’s headquarters in New Delhi prior to his maiden trip to Australia to attend the high power SIBOS conference, which is expected to attract the top bankers from around the world. Below are excerpts from a wide-ranging interview.

On his highlights in the last 14 months since he was appointed as the CEO and MD of Union Bank
At UBI we are in a strong position as we have consolidated ourselves in the last 14 months. To meet the new capital adequacy requirements set by the RBI, we recently raised Rs 650 crores from the market and we were oversubscribed. This achievement along with the bank working on a strategy to make our internal structures and process better, puts Union Bank in a great position to take advantage of the expected growth in the market.
On the government plans to merge Bank of Baroda, Vijaya Bank and Dena Bank to create the country’s third largest lender as part of efforts to revive credit and economic growth
These kind of mergers are bound to happen. After the State Bank of India’s rationalisation of six associate banks with itself, there are now 27 public sector banks. Wherever there are synergies in the banks, these sorts of mergers and consolidations ensure there is no overlapping. The weaker ones will get consolidated and over time, stronger, better and more efficient public sector banks will remain.
On Franklin Templeton Emerging Markets Equity analyst reports that private banks are set to emerge as winners over public sector banks, with an expected increase in market share over the next 10 years from the current 30% to 60%, with the public sector being big losers
While the retail sector is in a growing phase, private sector banks will do well. There will be leakages from the public sector to the private sector. It is important to note that public sector banks also have a large commitment to infrastructure structure projects. For example, at UBI, we have a 40% commitment to infrastructure and 50% commitment to small and medium enterprise projects. But yes, over the years, private banks will grow faster. But the market is large, and public sector banks will still command a large part of it.
On the biggest threat to the financial markets
Some governments feel that they are doing well for their citizens by protectionist policies, but time and time again it has been proven that the welfare of the world is in liberalisation. We are citizens of the world and any protectionist policies in the long term will harm the world.
On global trade wars
With the trade wars, interest rates in India are going up and the low cost of funding for businesses and consumers have changed. The weakening of the rupee is also not a healthy sign. All in all, it is not a good sign for the Indian economy but we need to note that India has very strong domestic consumption needs. Because of this our growth rates are very strong, in fact stronger than most other world economies. There will be no compromise on our GDP rate, and I expect the economy to grow between 7 and 8% pa.
On his 30 years plus in banking
The Indian banking system is very strong. It has funded the green revolution, the manufacturing revolution and now the infrastructure revolution. Union Bank has contributed enormously to each of these. From a personal point of view, when I joined, we still worked with manual ledgers but now we have computers in all our 4,200 branches. All our personnel have adapted well to the changes. The Indian economy has integrated well in the international scenario and has a wonderful banking system in the world.
On Union Bank in Australia
Non-resident Indians have been supporting the Indian economy for years. At Union Bank, through all our overseas offices – and through our Australia office and its CEO Pankaj Kumar – we are keen to support the local non-resident Indians and their businesses here. We look forward to offering our wide range of services to Indians and others in Australia.