The impact on lentil and chickpea farmers could be as much as a 30 per cent immediate loss of earnings, writes MADELEINE LOVELLE 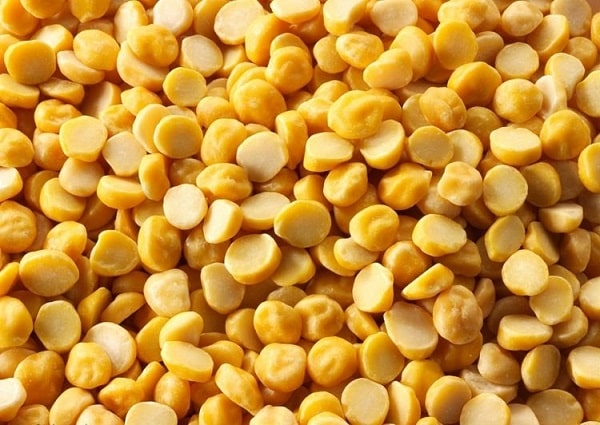 Since 2011-12, the value of Australian chickpea exports to India increased by 995 per cent. In the last six years, the value of Australian lentil exports to India has increased by 2,003 per cent. Due to the significant growth in both crops, many farmers have been introducing pulses into their crop rotations. The new tariff imposed by India, however, is likely to have a major effect on the Australian pulse industry. According to the Chairman of Grain Producers Australia, Andrew Wiedemann, the impact on farmers could be as much as a 30 per cent immediate loss of earnings.
When the Indian Government announced the new trade tariff, about 200 thousand tonnes of Australian chickpeas and lentils, worth about $150 million, were in transit to India. The immediate decision meant that the value of the pulse shipments in transit became unknown. News of the tariff implementation has been particularly disheartening for some farmers in Victoria after parts of its grain belt experienced destructive frosts and damage to crops, earlier in the season.
Federal Agricultural Minister David Littleproud visited India in mid-January 2018 to discuss, among other issues, advance notice to the Australian grains industry for any future increases in tariffs. While India agreed to provide earlier notice in the future, the commitment cannot reverse the loss and shock suffered from the sudden imposition of the tariff in December. The Australian delegation also hoped to discuss the need for a long-term and sustainable free trade agreement (FTA). While the government has secured a win for pulse farmers, Mr Littleproud was wary of using “megaphone diplomacy” to resolve the current tariff issue because such efforts may impede the progress of generating a FTA with India. Mr Littleproud has stressed the importance of continuing to work collaboratively with the Indian Government while negotiating various trade deals.

Agricultural economist, Ashok Gulati, from the Indian Council for Research on International Economic Relations, has suggested that Australia should consider exporting agricultural expertise. Australian knowledge exports could help to develop Indian agricultural supply chains, and would help to secure greater trade relations beyond trade in raw commodities. In particular, Australian agricultural expertise could assist in developing processing and storage facilities to help reduce food waste and increase Indian domestic commodity prices. With over 300 million people living in poverty in India (one-fifth of India’s 1.3 billion population), such a tactic could help to improve agricultural production and food security within the country.
While the Australian Government is working to open up access to other pulse export markets, including Nepal, Iran and the United Arab Emirates, some farmers have decided that they will not plant pulses next season. A FTA with India may assist farmers who wish to grow chickpeas and lentils by generating greater certainty, and exporting agricultural expertise to India would alleviate some of the problems associated with tariffs on raw commodities. If the government is successful in securing a FTA, it will make it more difficult for India to impose tariffs on Australian goods in the future. Given that the government is torn between a slow and methodical approach in securing this agreement with India and advocating for Australian farmers’ best interests, however, it seems that local producers are likely to suffer in the short term.
The author is a Research Analyst, Global Food and Water Crises Research Programme. This article was originally published by Future Directions International. You can read the original here http://www.futuredirections.org.au/publication/india-implements-new-agricultural-tariff-australia-seeks-fta/