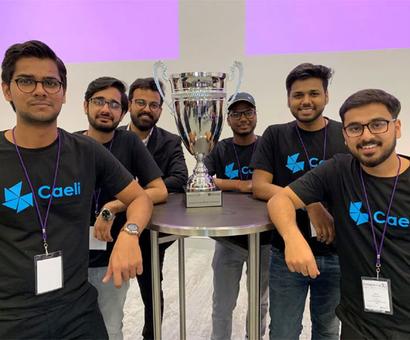 A student team from India has emerged as the runners-up at Microsoft’s annual “Imagine Cup Asia” regional finals for developing an Android app that allows patients to scan the RFID tag on prescription medication to ensure its authenticity and allergen-compatibility with the patient.

Team Blume, together with fellow runners-up Tulibot from Indonesia and Zest from Singapore will receive $2,500 each for their projects.

This year’s Imagine Cup Asia Finals was held via Microsoft Teams and saw the 10 finalists from seven countries virtually present their inventions to secure a place in the World Championships in May.

The 10 finalist student teams – from Japan, Singapore, Nepal, Indonesia, India, China and Hong Kong – were selected from various rounds of the competition online or through in-person events.

READ ALSO: India can become one of top 3 economies in world: Mukesh Ambani