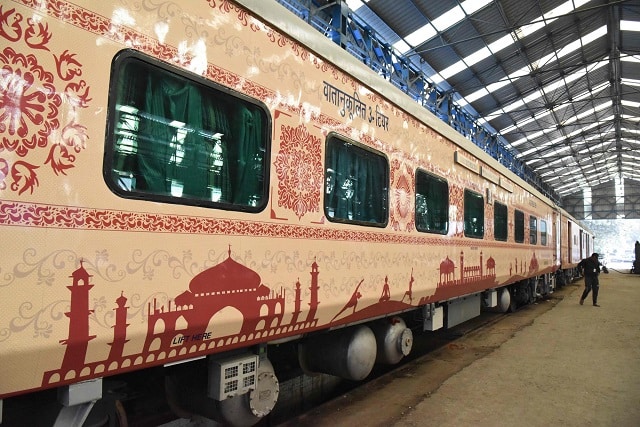 Struggling with high operation cost, the Indian Railways has come up with a unique idea to increase its revenue by promoting movies, art, culture, sports or even television shows.

Indian railways has decided to allow trains to be booked for promotional activities under a new scheme called “Promotion on Wheels“, under which special trains will be made available for promotion.

According to Railway Ministry, the makers of Akshay Kumar-starrer ‘Housefull 4’ have already booked a train for the film’s promotion.

The first special “Promotion on Wheels” train with eight coaches by the Indian Rail Catering and Tourism Corporation (IRCTC) and the Western Railway, in coordination with the “Housefull 4” team, carrying celebrities and mediapersons, will leave Mumbai Central on Wednesday and reach New Delhi on Thursday.

According to a press release issued by Western Railway spokesperson Ravinder Bhakar, the train will pass through several states and important districts such as Surat, Vadodara and Kota.

“Under this initiative, Indian railways has approached many major production houses with upcoming films to use these FTR (Full Tariff Rates) trains to facilitate pan-India publicity and promotions of films across the length and breadth of the country.

The IRCTC shall be the nodal agency for handling such trains,” it said.

The IRCTC will undertake attractive and thematic vinyl-wrapping of these promotional trains, keeping in view that the trains will be crisscrossing the country.