Indian-origin defence engineer is Victoria Father of the Year 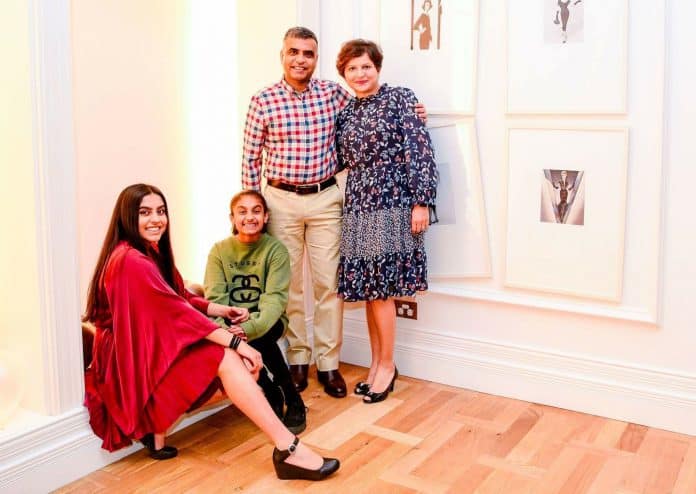 Reading Time: 3 minutesA father or father-figure stands rock solid besides their children to provide them moral support, confidence, mentoring, education and the strength to face multiple challenges of life. So says Sandeep ‘Sunny’ Jadhav, named recently as the 62nd Victorian Father of the Year for 2018.
Jadhav was chosen from over a thousand nominations from across the state for an outstanding father figure by the organisers YMCA Victoria in association with the Father’s Day Council of Victoria.


Declaring Jadhav as a winner, the organisers lauded him for being a fatherly figure dedicated to young people. “Sandeep is an incredible dad and mentor for many. He is a true role model, who inspires the next generation of Australia’s brightest young people,” Chair of the Father’s Day Council Barry Novy said.
Jadhav,49, lives in Melbourne with his wife Kiran and two teenage daughters, 13-year-old Sachi and 16-year-old Khushi – who secretly sent his nomination for the award. Nagpur-born, he moved to Australia in 1996.
While he works as a Land Maintenance System Electrical Engineer for the Defence Force, his true joy comes from teaching and inspiring others in maths, science and engineering subjects.

For over 15 hours a week, for the past 16 years, Jadhav has voluntarily tutored primary school aged kids, VCE and university students and army officers from all cultures and backgrounds. Mentees and their parents appreciate his passion and involvement, besides his calm and stress-free demeanour.
Many of Jadhav’s 200-odd students and mentees have gone onto become pilots, surgeons, doctors and scientists across Australia. They continue to be in touch and hold him in high regard, which makes Kiran say that he is “really a dad to so many”.
As well as being a dad to others, Jadhav is dedicated to his family. He takes his daughters for runs twice a week at 5.15am, cooks breakfast for the family, makes his wife tea, drops off and picks up his daughters from school and helps them with their homework. In the summer months he plays cricket with his family.

Jadhav says mentoring and being a positive role model to his daughters inspires him every day. His own inspiration is his father, a retired public servant back in India who ingrained early in him the attitude he carries to this day. “My father always told me, never ever lower your moral values for anything. He used to travel a lot while I was growing up, but would always manage to find quality time for me. I am trying to do the same with my daughters. I am ever-engaged and in touch with them, and always try to leave a small inspiring note for them before setting out,” he says.

Parenting is an extremely challenging role. The responsibility of shaping young minds is a herculean task. I have never walked alone on this path, as my wife has always supported me. It feels wonderful to be recognised with this award

The best stamp of approval came from his own daughters who expressed their pride for their father in their nomination entry for Jadhav. “Our dad is a real life superhero. He doesn’t wear a cape though because he wears the army uniform. We love our dad so much because he does so much for the community,” they wrote.
No doubt this year’s Father’s Day, Sunday 2 Sept, will be a special one for the Jadhav family. They’ll be spending it by cheering Sandeep on, as he runs the YMCA Father’s Day Fun Run at Melbourne Tan. He’ll be raising money for YMCA youth programs that build resilience and positive mental health.
Since 1956, the Father’s Day Council of Victoria has named a Father of the Year for Victoria, to celebrate and recognise the important role fathers and father-figures play in family life. Since 13 years, it has been partnering with the YMCA to first identify local YMCA Community Father of the Year awardees before selecting a state-level winner.