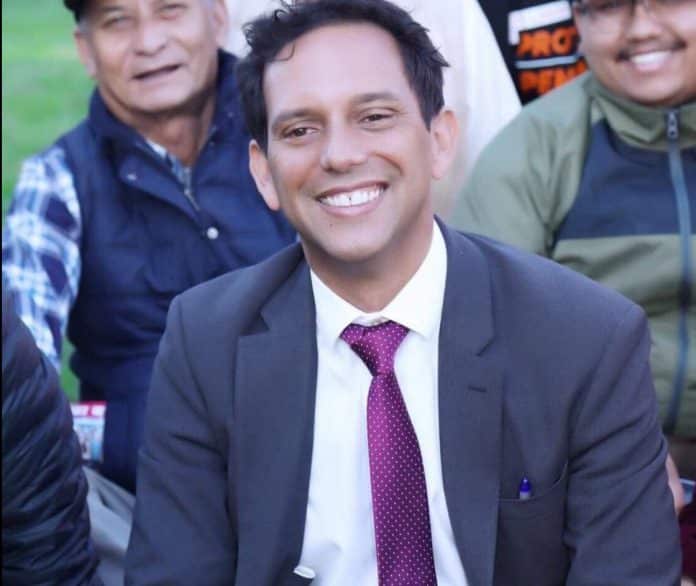 Reading Time: 2 minutesWe get to know one of the Indian-origin candidates in the 2019 Federal Elections fray – Chris Gambian, ALP, Banks NSW.
What convinced you to join the party of your choice?
My parents grew up in India, where it is so easy to see the effects of inequality and injustice every day. Their deep sense of right and wrong rubbed off on me and led me to an awareness of the world around me. It was a very short step to Labor, which places fairness and equality at the heart of its agenda.
What are the three main changes you wish to make if you are to be elected?
I’d like to see a greater focus on education and health, a living wage for people who work hard, and better support for older people. But most of all I’d like to see a greater focus on people. Canberra has become too much of a circus focused on itself – I’d like to be a local MP that puts people first.

Tell us a bit about your background?
I have spent my entire working life speaking up for other people. As a union official, I used to go into bat for workers. I have also been involved in a number of community organisations dedicated to speaking up for others.
There is much disillusionment with politics and politicians in current times. What needs to be done to change that public perception?
We have to focus on people. There needs to be a lot less talking and a lot more listening. And action speaks louder than words; that’s why I have tried to demonstrate what sort of MP I would be through my campaign. I invited every person in my electorate to coffee just to talk.  No agenda, just a chance to get to know each other and talk about whatever is on your mind.
Any special message for the voters?
Our parliament will be better when it reflects the diversity of our country. Already I am proud to have been part of Labor’s policy on sponsored parent visas – this policy would make it easier for people to sponsor parents out to Australia for up to 10 years.  There would be no cap and families would not have to choose which parent can come to Australia as is currently the case. The fees would also be less, and the renewal could be applied for from Australia so there would be no need to travel back home for a new visa. Policies like these are only possible when a Party truly understands migrant communities. As the son of migrants from India, I bring a perspective that is too often not heard.