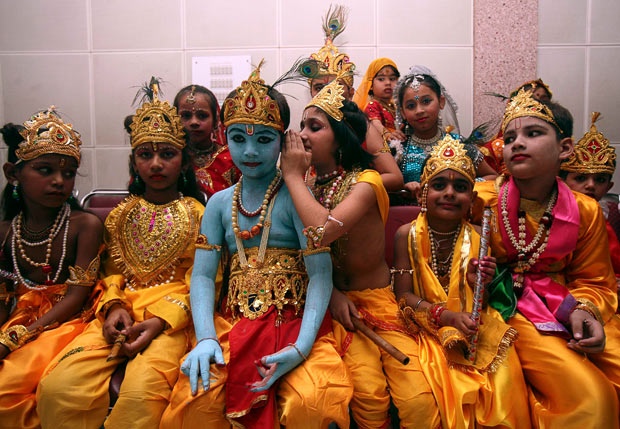 When it comes to the question of who is a true Indian, the country’s Hindu children are more likely than their Muslim peers to connect their faith to their national identity, according to new research from the University of California, Berkeley.

“Our results indicate that by age 9, Hindu children have already internalised an ‘Indian equals Hindu’ association, and we show that this association predicts children’s support for policies that favor Hindus over Muslims,” said study senior author Mahesh Srinivasan, Associate Professor of Psychology at UC Berkeley.

The findings, published in the journal Child Development, also suggest that Muslim children feel no less Indian because of their faith, indicating they are shielded from religious nationalist messaging and able to identify both as Indian and as Muslim, added Srinivasan.

“If Muslim children were to equate being Indian with being Hindu, they could very well feel conflicted about being Indian or being Muslim. We know from other research that disconnection from one’s own national, ethnic, or religious group is bad for mental health and other life outcomes,” he said.

Through surveys and social psychology measures, the researchers examined the explicit and implicit associations and attitudes of 160 schoolchildren aged between 9 and 16 in Vadodara, Gujarat.

All the children attended Zenith, a charitable school for low-income children in Vadodara.

The children, 79 of whom were Hindu and 81 of whom were Muslim, were each given an implicit association test, which asked them to swiftly pair together words and pictures.

By contrast, Muslim children were just as fast at pairing Indian images with the words “Hindu” or “Muslim.”

India is home to about 900 million Hindus and 200 million Muslims, as well as Christians, Sikhs, Buddhists, Jews and offshoots of these groups.