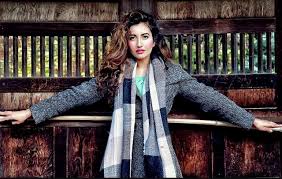 An Indian-American student and anti-bullying activist who was crowned Miss World America Washington, was on a quest to raise $1 million for drug addiction and suicide prevention awareness.

The 23-year-old Shree Saini, who is also the winner of five awards at Miss World America 2019, said in a statement on Wednesday: “It is an honour to serve our community. I hope everyone takes the time to go out in their local school, city halls and do their part of improving our world,” India West reported.

In particular, to solve the drug-addiction epidemic, Saini is working together with organizations on the local, state and national level.

“I am speaking with school students to never start drug experimentation, so they can lead a life free of addiction,” Saini said.

Saini and her mother Ekta took part at a fundraising gala that helped to raise $1 million to prevent deaths from drug overdose.

The funds were raised through table sales, a silent and live auction, and individual donations.