India to have world's only completely-electrified large railway network

Over 4,000 km of railway tracks were electrified last year, which would increase to 6,000 km this year 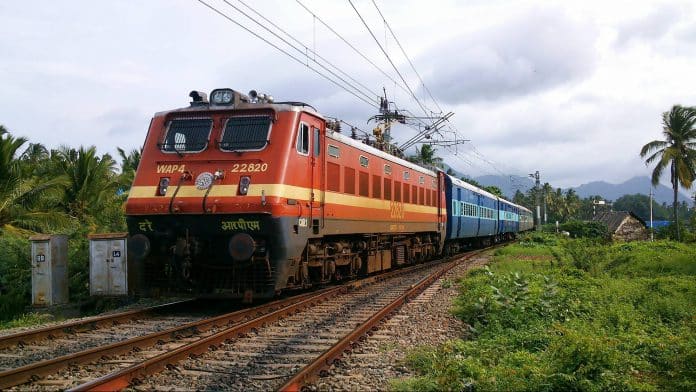 Reading Time: 2 minutesIndia is targeting complete electrification of its railway network over the next four-five years, which will make it the only such large rail network, Union Railway Minister Piyush Goyal said on Wednesday.
He said that over 4,000 km of railway tracks were electrified last year, which would increase to 6,000 km this year. “Till five years ago, we used to be able to electrify only 600 km every year,” he said, while receiving the fourth annual Carnot Prize awarded to him by the Kleinman Centre for Energy Policy at the University of Pennsylvania School of Design.
The award recognises the transformations in India’s energy sector.

Accepting the award, Goyal said one can’t have a nation with over 250 million people living without access to energy, which was the case even seven decades after independence.
He said that over the last four-five years, the government had changed that and now India had come from a period of energy shortage to where it was — grappling with surplus power.
He said it was perhaps due to the world’s largest programme to switch to LED bulbs, which he called the most economically viable project he had ever come across. “The cost of switchover to LEDs for the nation must have been $2 billion at most, maybe less. But we are saving $7 billion in electricity bills every year,” he said.
Goyal donated the award money to the International Solar Alliance to institute the Diwakar Award which would recognise an outstanding organisation every year working for special children and maximising the use of solar energy, an official statement said.