Australia back in the game for World Cup 2019 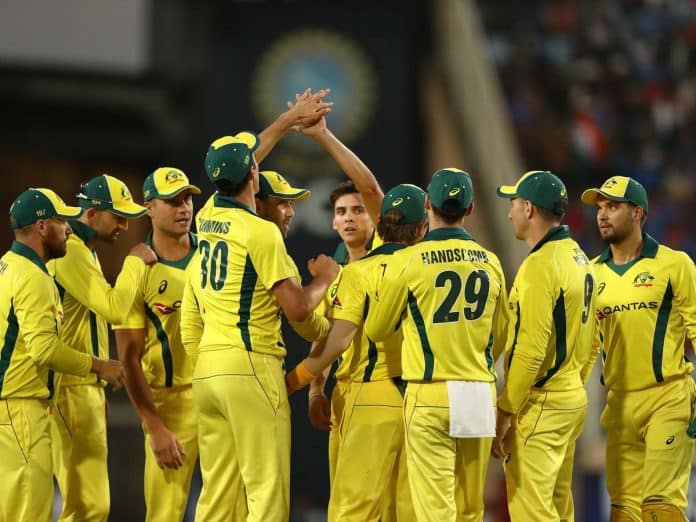 Reading Time: 3 minutesFlying to India at the end of February would have felt like a particularly bad hangover for the Australian cricket team. The side had only just regained their mojo against an uncertain Sri Lanka, after months of being battered at the hands of India in what was, for the preceding 70 years, an impenetrable home fortress. To then be asked to once more face a rampaging Kohli and Co, but this time in India’s own backyard, was almost cruel scheduling. By the end of the whirlwind tour though, it was ultimately India that was left licking its wounds, with the tourists winning five of the seven matches on their way to claiming both the T20 series and the ODI series. It was, in every respect, an unexpected result, but even more so given the Indians at one stage led the five-match ODI series 2-0.

Now, with just two months to go until the ICC World Cup kicks off in May, Australia – who had been all but been written off merely weeks ago – once again look like strong contenders. It should have never been in doubt; we are talking about the most successful team in cricket history. Chinks have appeared, however, in India’s armour, and all teams will have taken close notice ahead of what is perhaps one of the most open World Cups in recent memory.
Two things were confirmed in India’s performance in the ODI series. The foremost is that Kohli is still very much the key to India’s success. Notching up centuries number 40 and 41 in back-to-back games in Nagpur and Ranchi, Kohli was once more a class apart. Australia, beleaguered by the woes of Aaron Finch, would dream of having a captain whose own spot in the side is half as assured as Kohli’s.
Which brings us to the second, more surprising revelation in this series: India’s batting has become a case of “Kohli out, all-out”, harking back to the days of Sachin Tendulkar waging lone battles against opposition teams.  He would never admit it, but Kohli too must dream of having in his side some of the weaponry littered generously throughout Australia’s middle order. It is an unfamiliar state of affairs for this Indian team, given the excellent career records of Sharma, Dhawan and Dhoni. Yet career records are only part of the story: while Australia’s middle order in the World Cup may involve the hulking Stoinis, explosive Maxwell and fearless Turner, India’s is likely to feature the unreliable Jadhav, an ailing Dhoni and the inexperienced Shankar.

In short, the fear factor in Australia’s middle order trounces India’s, by some margin. Although India’s batsmen certainly boast superior averages and aggregates, there is only one answer to the question, “Would you rather be bowling at Glenn Maxwell or Kedar Jadhav in a tight knockout match?”
India’s best bowling combination is also yet to be locked down. As an all-rounder, Vijay Shankar batted superbly, but was barely entrusted with the ball, bowling only 17 overs in five matches despite his last-over heroics in Nagpur. By comparison, Jadhav bowled 23 overs of round-arm moon balls, that too at a higher economy rate than Shankar. It is a clear sign that Kohli sees Pandya as a better all-round option, given his inclusion would allow India to play both Jadeja and Kuldeep if required.
Kohli did not let on, but he would be quietly seething that it was his team which allowed Australia its first ODI series win in two years, just two months out from a World Cup. The shot of confidence now sees Australia throw its hat back in the ring, which already features the favoured England, powerhouses India, steady Black Caps and the resurgent West Indies.

The skipper @AaronFinch5 and his deputies lift their second piece of silverware for the Qantas Tour of India after an outstanding win in Delhi 🏏 pic.twitter.com/NJHAvMSUtK

If there was ever a team India did not need to give a confidence boost to, it is the five-time champions Australia, and Australia’s spectacular comeback on this tour will take on a whole new significance if that number should become six.

- Advertisement -
Share
WhatsApp
Facebook
Twitter
Linkedin
Previous articleNASA says first person on Mars likely to be a woman
Next article#Christchurch: Far-right extremism and social media is a match made in hell