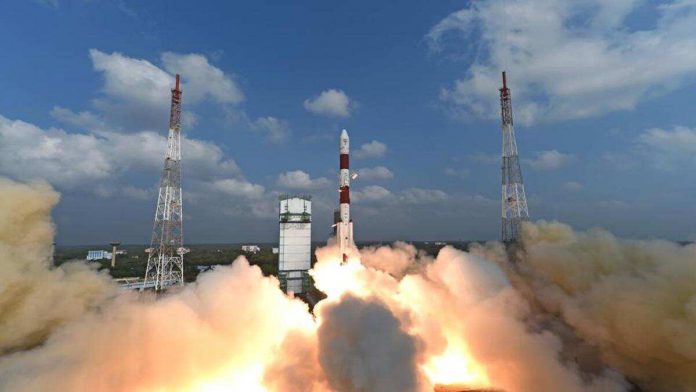 India will launch its first state of the art earth observation satellite Geo Imaging Satellite (GISAT-1) to be placed in geostationary orbit on March 5, said the Indian Space Agency.

The satellite will provide real time image of large area of region of interest at frequent intervals. The GISAT-1 will also enable quick monitoring of natural disasters, episodic events and any short term events.

Weighing 2,268 kg, the GISAT-1 will be carried by the three stage geosynchronous satellite launch vehicle (GSLV-F10).

The rocket is expected to lift off at 5.43 p.m. on March 5 from the second launch pad at India’s rocket port at Sriharikota in Andhra Pradesh.

About 18 minutes into the flight the GSLV rocket will first place GISAT-1 in a Geosynchronous Transfer Orbit (GTO). From GTO, the satellite will be taken up further firing its on-board motors to geostationary orbit.

A satellite in geostationary orbit (about 36,000 km above earth) has an orbital period equal to earth’s rotational period.

A four metre diameter Ogive shaped payload fairing (heat shield) is being flown for the first time in this GSLV flight. This is the fourteenth flight of the GSLV.