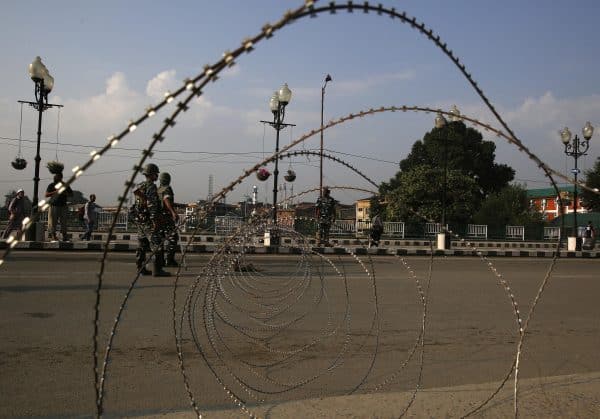 By Lindsay Hughes, Senior Research Analyst, Indo-Pacific Research Program
Background
India recently passed legislation abrogating Article 370 of its Constitution, which provided Kashmir with a status different from other Indian states. Some of the characteristics that distinguished Kashmir were its own state Constitution, only Kashmiris being allowed to purchase land in the state, only residents of the state being allowed to hold government jobs and only residents being given university opportunities in the state. Those characteristics, by themselves, created a state within a state, no matter New Delhi’s claims. That situation, it may be argued, also encouraged separatism to flourish in the state and encouraged Pakistan to use religious ideology to lay claim to all of Kashmir.
By changing Kashmir’s status to that of a Union Territory, Indian Prime Minister Narendra Modi has accomplished several things at once. He has revoked Kashmir’s Constitution, thus removing the set of laws that also helped to keep Kashmir separate from the rest of India, enabled central rule, negated Pakistan’s strategy and exposed that country’s hypocrisy, together with China’s, into the bargain.

A major criticism of the move to abrogate Article 370 is that doing so would dilute Kashmiri culture and turn a Muslim-majority state into one dominated by Hindus, just like the rest of India. It could be argued, at a prosaic level, that the criticism was an enunciated fear that the advantages Kashmiris (essentially Muslims, who constitute close to 100 per cent of the state’s population) enjoyed would be lost if they had to compete for government jobs and university places with other Indians who chose to also apply for those places and jobs. In other words, the advantages that Kashmiri Muslims almost solely enjoyed until now would be lost to Muslims who could, in theory, flood into the state now that the restrictions on living and owning property there have been lifted.
To counter that criticism, however, one must turn to the state’s recent history to obtain a more complete picture. It is true that at the time of independence in 1947, Kashmir was a Muslim-majority state. It was, however, ruled by a Hindu king and had a sizable Hindu population, the so-called Hindu Pandits. In 1989 and 1990, when a Pakistan-sponsored insurgency erupted in Kashmir against Indian rule, along with the attendant violence, hundreds of thousands of Hindus fled to other parts of India and abroad, losing their property and, in many instances, their lives. As one source notes:
A host of highly provocative, communal and threatening slogans, interspersed with martial songs, incited the Muslims to come out on the streets and break the chains of “slavery”. These exhortations urged the faithful to give a final push to the Kafir in order to ring in the true Islamic order. These slogans were mixed with precise and unambiguous threats to Pandits. They were presented with three choices: Ralive, Tsaliv ya Galive (convert to Islam, leave the place or perish). Tens of thousands of Kashmiri Muslims poured into the streets of the Valley, shouting “death to India” and death to Kafirs.
Another provides a timeline of events that led to the exodus of Hindus from Kashmir and details some of the various massacres and killings that Islamists enacted on Hindus. Some of those include:
January 1990: Massive crowds assemble in mosques across the valley, shouting anti-India, anti-Pandit slogans. The exodus of Kashmiri Pandits begins. In the next few months, hundreds of innocent Pandits are tortured, killed and raped. By the year-end, about 350,000 Pandits have escaped from the Valley and taken refuge in Jammu and elsewhere. Only a handful of them stay back.
March 1997: Terrorists drag out seven Kashmiri Pandits from their houses in Sangrampora village and gun them down.
January 1998: 23 Kashmiri Pandits, including women and children, shot in cold blood in Wandhama Village.
March 2003: 24 Kashmiri Pandits, including infants, brutally shot dead in Nadimarg Village.
The exact number of people killed in the violence will likely never be known. Various estimates differ considerably, most often based on the ideological background of the particular source.
It is, however, Pakistan’s reaction to current events that is most interesting. It is possible that Pakistan does have some sympathy for Kashmiri Muslims, who now risk being swamped by a deluge of returning Hindus and possibly many more, perhaps even because of the instigation of various Hindu leaders. Islamabad has been quite vociferous about that. But those protestations only serve to highlight its hypocrisy.
The northern region of Gilgit-Baltistan, the ownership of which, like Kashmir, is disputed by India, is administered by Pakistan. Islamabad has taken incremental steps, ever since the pipelines of the China-Pakistan Economic Corridor (CPEC) were built to pass through region, to make Gilgit-Baltistan its fifth province. To strengthen its claim to Gilgit-Baltistan, which was not part of the kingdom of Kashmir, Pakistan encouraged Sunni Muslims to settle in the predominantly-Shia region. Their resettlement was protected by the Pakistani army, which was posted in Gilgit-Baltistan. Violence was bound to break out, and it did. In 1988, for instance, hundreds of Shi’a Muslims were killed by militant Sunnis, who were supported by Arab jihadists, a certain Osama bin Laden among them.
More recently, China’s efforts at ethnic cleansing (also here and many other sources) in the western Xinjiang Province has received much publicity. China has encouraged its Han population to settle in Xinjiang, just as it does in Tibet.
For those two countries to now decry India’s move to allow Indians to move freely within their own country is sheer hypocrisy, even if that is standard operating practice.
This article first appeared here.