'India by the Nile' fest next month in Egypt 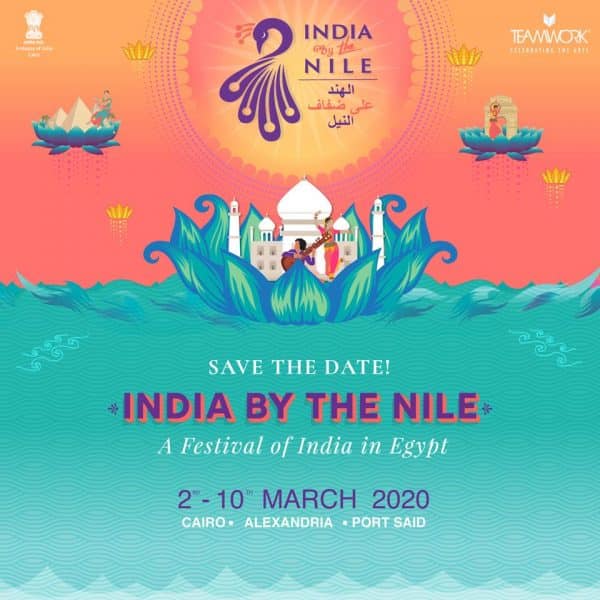 The annual ‘India by the Nile’ festival in Egypt will be held this year from March 2-10, bringing with it a selection of classical and popular Indian art forms to the cities of Cairo, Alexandria, Port Said and Fayoum.

The festival is organised by the Teamwork Arts (a company that specialises in showcasing Indian art at festivals all over the world) in cooperation with the Indian Embassy in Cairo and several other Egyptian partners, the Al Ahram newspaper said in a report on Friday.

This year, the festival will include “En Route to Bollywood”. a colourful show featuring well-known songs from Bollywood films, accompanied by dancers.

A Bollywood dance workshop, which is one of the main features of the event, will take place this year too, led by India-based French dancer and choreographer Gilles Chuyen.

In addition, the Astha Dixit Dance Company will provide a modern perspective on one of the oldest Indian classical dance forms, kathak.

The culture of Rajasthan will also be on display and also feature folk musicians, according to the Al Ahram newspaper.

The festival will also feature “Yoga and Wellbeing” sessions.

The festival would not be complete without a taste of Indian cuisine which will be offered in Cairo’s InterContinental Hotel.

- Advertisement -
Share
WhatsApp
Facebook
Twitter
Linkedin
Previous articleKrishnamurthy urges India not to be distracted in Perth
Next articleBhoot Part One: The Haunted Ship' sinks under cliches