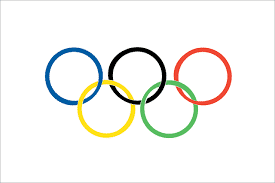 The Indian Olympic Association on Thursday requested Morinari Watanabe, the chairman of the International Olympic Committees Task Force for Boxing, to consider the Boxing Federation of India’s (BFI) offer to host the Asia-Oceania Olympic qualification event in India. The event was to be held from February 3 to 15 in Wuhan, China.

BFI president Ajay Singh had on Tuesday written to Watanabe stating the federation’s interest in hosting the event in case it had to be shifted out of Wuhan. A day later, the International Olympic Committee announced that the qualifiers had indeed been shifted out of the city which is considered the epicentre of the coronavirus outbreak that has claimed several lives.

“…due to any reason, if the event is to be shifted to a different country, Boxing Federation of India would be willing to host this Asian and Oceanian Qualification Event 2020,” Singh had said in the letter.

The IOA backed the BFI’s proposal. “My request to you, if you could consider the offer from BFI for which IOA assures IOC and you of its full support and cooperation,” IOA President Narinder Batra said in the letter addressed to Watanabe.

The Olympic qualification process is currently being overseen by the IOC Task Force due to the suspension of the International Boxing Association (AIBA).