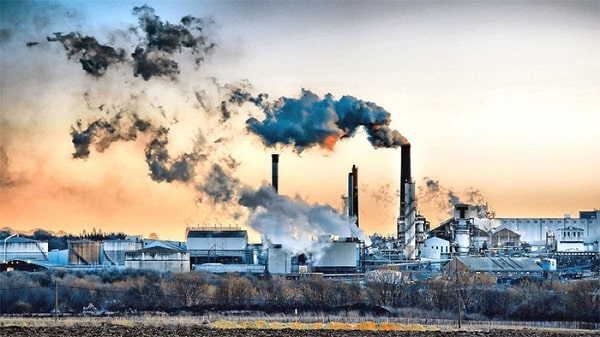 Reading Time: 2 minutesAccording to the latest global Environmental Performance Index (EPI) rankings released on Tuesday on the sidelines of the World Economic Forum meet in Davos, India is at 177th spot — down from 141st position two years ago — in the list of 180 countries.
The EPI ranks 180 countries on 24 performance indicators across 10 issue categories covering environmental health and ecosystem vitality.

“India and Bangladesh come in near the bottom of the rankings, with Burundi, Democratic Republic of the Congo and Nepal rounding out the bottom five,” said the latest biennial report by the Yale and Columbia universities in collaboration with the WEF.
The report said that low ranking of the emerging economies — China (120) and India — reflect “the strain population pressures and rapid economic growth impose on the environment”.
The report said substantial populations still suffer from poor air quality, most notably in India, China, and Pakistan (169).
“Low scores on the EPI are indicative of the need for national sustainability efforts on a number of fronts, especially cleaning up air quality, protecting biodiversity and reducing GHG (green house gas) emissions,” said the report.
It said some of the lowest-ranking nations face “broader challenges (like) civil unrest but the low scores for others can be attributed to weak governance”.
The report has found that air quality was the leading environmental threat to public health worldwide.
Switzerland leads the world in sustainability, followed by France, Denmark, Malta and Sweden.
The index offers not only a snapshot of where countries stand but also “reflects important trends in environmental performance at both the national and global levels”.
It said the global community was generally improving on a number of issues, such as health outcomes related to drinking water and sanitation and protection of marine ecosystems, while on other issues significant challenges remained.
“As the world community pursues new sustainable development goals, policymakers need to know who is leading and who is lagging on energy and environmental challenges,” Daniel C. Esty, director of the Yale Centre for Environmental Law and Policy and the Hillhouse Professor at Yale University.
“The 2018 EPI confirms that success with regard to sustainable development requires both economic progress that generates the resources to invest in environmental infrastructure and careful management of industrialization and urbanisation that can lead to pollution that threatens both public health and ecosystems.”
–IANS