Independence Day countdown: The rise of the patriotic Bollywood movie 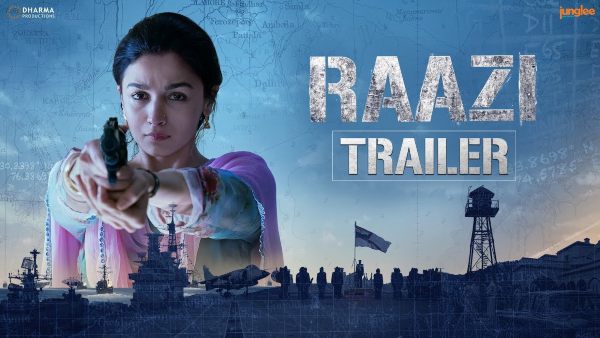 Reading Time: 3 minutesAs we gear up for the upcoming Independence Day melas and look back at our own I-Day editions of the past several years, some of our team at Indian Link got understandably nostalgic about the motherland. A coffee-break conversation at our office turned into a discussion about the increasing number of patriotic movies that Bollywood has been churning out, especially over the past few months. Inevitably, lists were made. Here are a few of the movies we thought of. Have we missed any?
Parmanu: The Story of Pokhran (May 2018)
Directed by Abhishek Sharma, starring John Abraham, Diana Penty and Boman Irani in lead roles.

Loosely based on the nuclear bomb test explosions conducted by the Indian Army at Pokhran in 1998, Parmanu offered a fictional version of these events in India’s recent history.
Raazi (May 2018)
Directed by Meghna Gulzar, starring Alia Bhatt.

With an instant super hit song (Dilbaro) and an Alia Bhatt dialogue that tugs right at your patriotic core (Vatan ke aage kuch nahin…Khud bhi nahin), Raazi was an adaptation of Harinder Sikka’s 2008 novel Calling Sehmat, which itself was a true account of a RAW agent married into a Pakistani family of military officials to essentially spy on Pakistan, prior to the Indo-Pak War of 1971.
Gold (August 2018)
Directed by Reema Kagti, starring Akshay Kumar, Mouni Roy, Kunal Kapoor, Vineet Kumar Singh, Amit Sadh, and Sunny Kaushal.

The first Bollywood film ever to release in Saudi Arabia, Gold is about the journey of a man who was instrumental in India winning its first Olympic gold medal (in hockey) post-independence. Arjuna Award winner and former Indian national hockey team captain, Sandeep Singh, trained the actors to improve their hockey skills.
Manikarnika – The Queen of Jhansi (January 2019)
Directed by Radha Krishna Jagarlamudi, starring Kangana Ranaut.

Who doesn’t love the story of Rani Lakshmibai, India’s own Joan of Arc? One of the leading figures of the Indian Rebellion of 1857 against the British Rule, Ranaut portrayed the fierce Rani Lakshmi Bai of Jhansi who refused to cede Jhansi to the British. Strength, valour, bravery – this movie had patriotism (and a pinch of kickass feminism) in heaps.
Uri: The Surgical Strike (January 2019)
Directed by Aditya Dhar, starring Vicky Kaushal, Paresh Rawal, Mohit Raina, and Yami Gautam in lead roles.

Over five chapters, the movie is a dramatised account that follows Major Vihaan Singh Shergill (Vicky Kaushal) of the Indian Army. It chronicles the events of the surgical strike that the Indian military carried out against suspected militants in PoK after the 2016 Uri strike. “How’s the josh? High sir!” is a dialogue that’s not likely to be forgotten anytime soon.
Kesari (March 2019)
Directed by Anurag Singh, starring Akshay Kumar with Parineeti Chopra.

This period drama is based on an inspiring true story of the Battle of Saragarhi in 1897 – where an army of 21 Sikhs fought to defend the North-West Frontier Province against a 10,000-strong invading Afghan army.
Bharat (June 2019)
Directed by Ali Abbas Zafar, starring Salman Khan, Katrina Kaif, Tabu, Sunil Grover, Disha Patani and Jackie Shroff.

The official adaptation of the Korean film An Ode to My Father (2014), this Salman Khan juggernaut depicted recent-ish Indian history (1950s to present day) through the life of an ordinary man. Salman Khan played the lead character over a span of 50 years. Seeing Salman as an 18 year old meant pushing yourself to the brink of disbelief, but Bharat provided quite a bit of enjoyable patriotism otherwise.