RAJALAKSHMI RAM remembers how she met Gandhi twice, once before and once after his death 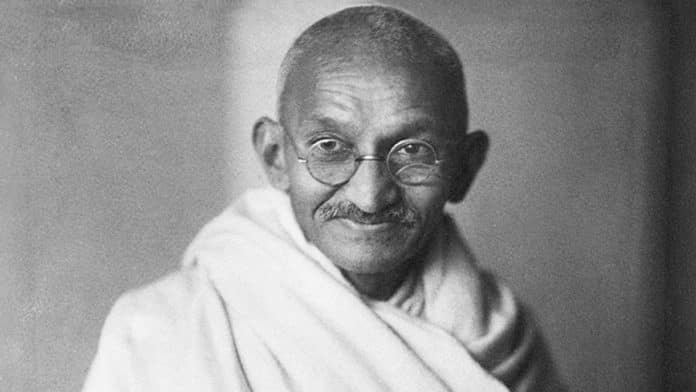 I was about eight years old in 1942, and living in the erstwhile Poona (today’s Pune), when the Indian freedom struggle, with Mahatma Gandhi as the leader, was in full swing.
Gandhiji pressed on with the Quit India movement against the British rule with his amazing and unconventional tools of non- cooperation and non-violence.
Gandhiji’s freedom movement energised one and all – young and old, men and women all around India. As little girls my friends and I joined the Seva Dal, children’s after-school freedom movement camps. After games and exercises, the leaders would tell us about Nehru and Gandhi, their efforts for the country’s freedom and how important it was for people of all religions to be united and to focus on getting rid of foreign rule.
Indian leaders, big and small, would get arrested and put in prison by the hundreds. Riots would follow and we would miss school, watching flag-waving processions, and shouting Quit India slogans.
One evening in 1942, a Seva Dal leader told us that Gandhiji was holding a prayer meeting the next day close to the Bund Gardens, near the Camp area. I persuaded my parents to take me there. There I spotted my Dal leaders – Kusum Gole and Nalini Urankar – and joined my group.
Under a beautiful banyan tree was the Mahatma, seated in a meditative pose, surrounded by his followers. A sharp thrill passed through my body as I gazed upon his face.
Seeing the crowds build up, the Dal leaders formed a protective cordon around the area. I was part of the chain and I felt so proud.
Just before the prayer bhajans were to start, on an impulse, I shook myself off the cordon and ran towards the Mahatma. As I touched his feet, he looked up at my face. He touched my head and blessed me, saying, “Jeeti raho, beti” (Live long, my little girl)!
It was an ecstatic and proud girl who turned back and joined her leaders again.
In 1945 WWII came to an end, but India was still negotiating with the British for its freedom. It would take two more years to secure it. It finally came through on 15 Aug 1947, a day I remember vividly. I wore my favourite khadi sari – a light sky blue with tri colour border. At school we were given a packet of sweets and a small tricolour flag. It was thrilling!
But alas, with partition came the riots. Gandhiji was in Naokhali – fasting to bring the Hindu Muslim communities together. The dream of an undivided India was shattered. Some extremist elements plotted against the great Mahatma. On 30 January 1948, as Gandhiji was moving towards the prayer grounds in Birla House in New Delhi – one of them shot down our Mahatma. He collapsed, saying “Hey Ram.”
That day and the next, all adults and children in our neighbourhood went on a 24-hour fast – stunned into silence and deep sorrow. We sat glued to the radio, listening to his favourite hymn: Vaishnava Jana To Tene Kahiye Je Peer Parayi Jane Re (God’s people are those who feel the other persons’ pain).
Our Gandhiji was no more – but he lived on in my subconscious mind and deep being.
But then, another opportunity came my way to be with him when I lived in New Delhi.
In 1969, as the nation marked Gandhiji’s birth centenary, the Rashtra Bhasha Prachar Samiti held a special India-wide study program and examination called Mahatma Gandhi Janma Shatabdi: Gandhi Vichar Darshan in October 1969.
One had to study his biography, philosophy and political engagement.
I was 35 then but still wanting to understand him better, so I went ahead and enrolled.
On the day of the exam, the hall was full of noisy students and the supervisors were still chatting into the exam time.
I just stood up and looked at them – all in silence. They all fell silent, as if suddenly reminded of their duty. Everyone started writing!
I wrote furiously, completely submerged in Gandhi’s life and thoughts. I summed up his dreams for a free India and all that he had achieved.
The last line I wrote was: “Gandhiji gave up his life for all of us and alas he is no more with us…” The tears were flowing profusely, blinding me.
Then the whole hall was filled with an effulgent light – and through my tears, I saw him a second time.