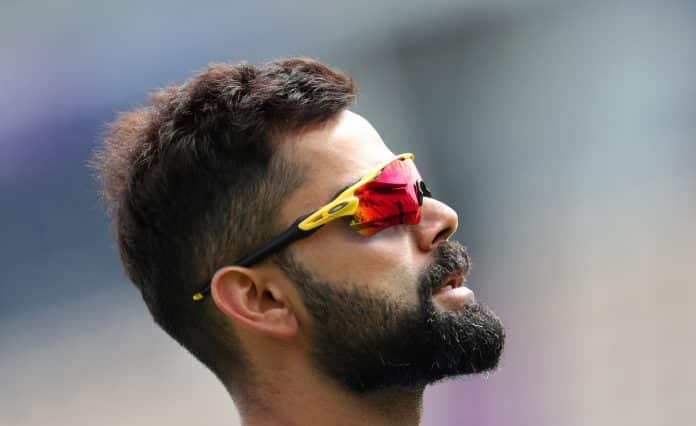 There’s been a change in Virat Kohli over the last two years. For the first half of his career, his purpose was singular: to churn out mountains of runs and stake his claim as one of the finest to ever wield a willow. That purpose has been all but fulfilled; at least in limited overs cricket, Kohli is destined to be the greatest of them all. Now well into the second chapter of his journey, Kohli is searching for the most important feather in his cap, the one all great athletes covet as they begin to contemplate a future after sport: Kohli is hunting for a legacy, and it is through his captaincy that he wants it set in stone.

As he leads India into an ICC World Cup for the first time, the one question mark hanging like a spectre over Kohli today is his leadership. There have been highs, no doubt, with the team’s maiden Test series win in Australia last summer the undisputed highlight. As is well-known however, that came against a severely depleted Australian side still reeling from the suspensions of their captain and vice-captain, who were also their two best batsmen. And amongst the peaks of Kohli’s short reign already lie significant troughs: the battering in England, the repeated IPL failures despite his intimidating Bangalore squad, and, against Australia earlier this year, becoming the first Indian team in nearly 15 years to lose an ODI series after being 2-0 up.

Now well into the second chapter of his journey, Kohli is searching for the most important feather in his cap: he’s hunting for a legacy, and it is through his captaincy that he wants it set in stone.

As the opening rounds of the World Cup commence, Kohli may well be relieved that the English and Australian teams are in such formidable form, while his own team’s form is so underwhelming. The upshot is that the weight of expectation on Kohli’s side is less than it has been in the previous two editions of the tournament, in 2011 and 2015. This is a double bonus for the Indian skipper: a middling tournament is almost expected of him, and would not raise any more eyebrows than usual, but a successful tournament would be nothing short of remarkable.
In fairness to Kohli, history is littered with great players who made mediocre captains. Sachin Tendulkar’s is the most famous name on that list, but so too appear the likes of Lara and Flintoff. Kohli, though, has two important strengths on his side.
First and foremost is that, across the formats, Kohli performs better as captain than any player in history, averaging 80 in ODIs and 62 in Test matches (compared with career averages of 59 and 53). If leading from the front is key, Kohli has already picked all the locks, and his spot in the side could not be more secure.

Secondly, and most importantly, Kohli sees himself as a leader, and he regards this Indian team as his team. Unlike Tendulkar, who was always a reluctant captain, Kohli has been destined to lead the Indian senior side ever since he led the Under-19 side to a World Cup win in 2008, in a tournament featuring the likes of Steve Smith, Tim Southee and Darren Bravo.
Kohli’s hunger to lead is a double-edged sword, given society’s almost sadistic ambivalence towards ambition. For a player so fundamental to India’s successes over the last decade, Kohli is criticised more regularly than one might reasonably expect. But given that his flaws as a player are so few, arrows will naturally train on other targets; for Kohli these include the murky coup of former Indian coach Anil Kumble, his on-field demeanour and, above all, his captaincy credentials.
Make no mistake, Kohli has nothing to prove to the game or to his fans; his success and influence in the sport are immutable and for now, this Indian team belongs to him. For born captains, leading an unfancied team into a World Cup is the stuff of dreams, not nightmares. But as he chases a historic but unlikely World Cup trophy, Kohli will be desperate to prove to himself that he is not just a great batsman, but a great leader. Time will tell whether his legacy will match that of his predecessor.