I fasted for her 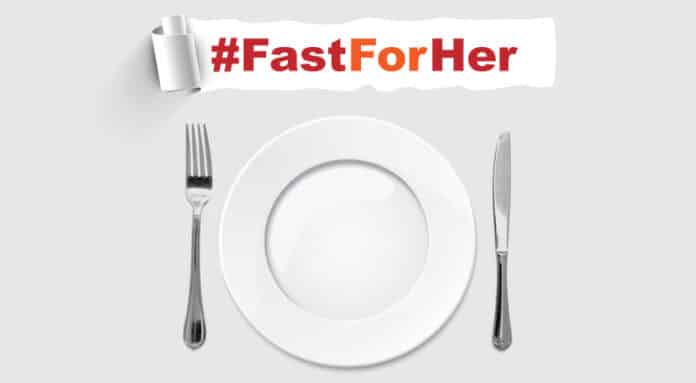 Nidhi Arora, 30, is bubbly and perky as always. It is Karwa Chauth, an Indian women’s festival, and she is all dressed up. But she is not observing the traditional fast, an essential element of this festival, for the well-being of her husband.

Sagar Mehrotra, her husband of seven years, is fasting for her instead.

Sagar Mehrotra, a 34-year-old Sydney-based IT marketing professional, has not eaten a single morsel all day, in his first attempt at fasting.

He joins thousands of young men in India, who will give up food for an entire day as a way of honouring the special woman in their lives.

Traditionally, it has been women who have fasted for the sake of their relationships. But in the past few years, urban men in India’s metropolises have joined their wives in observing the ritual, as they send out the message about equality in marriage.

This year the matrimonial website shaadi.com launched a social media campaign called FastForHer, urging young men to join the trend, and find a whole new way to say ‘I love you’.

Journalist and author Chetan Bhagat opted in and gave the campaign a huge boost, sending out Ice Bucket-like challenges to his mates to jump on the bandwagon.

Luckily for him, the movement coincided with the launch of his latest book Half Girlfriend. As he sent the FastForHer message out on Twitter and Facebook, he thanked his ‘full girlfriend’ and ‘the true heroine’ of all his stories, his wife Anusha, for being there for him as he threw in his full-time job to become a writer.

Within days, a number of youthful celebs had joined in, including actors Jay Bhanushali, Hiten Tejwani, Varun Badola and Naveen Babu; musicians Mohit Chauhan, Suleiman Merchant and the Meet Brothers; film-makers Ronnie Screwvala and Krishna DK; journalist Shekhar Gupta and many others.

Instead of the Ice Bucket, they held up an empty plate.

Many of these men do not even belong to the small north-Indian community in which Karwa Chauth is a tradition; indeed, many are not even Hindus.

A day before the event, some 530,000 men had pledged that they would fast for a day to show their wives that they care.

In a society that is becoming known for its poor record in women’s rights and related issues such as safety of women, the move by young men to honour the special women in their lives is welcome indeed.

Meanwhile, in Sydney, Sagar Mehrotra is doing quite well given he hasn’t eaten all day. He is keeping himself occupied by reading to his four year old son, Ishan, watching TV, and has been outside for a walk. Nidhi, his soul-mate, is pregnant with their second child, so she is not observing the fast herself.

In his other job, Sagar presents shows on Indian Link Radio, and as one of the most popular broadcasters on the station, has had a huge wave of support in his Karwa Chauth campaign. Today, as he fasts, his mind is brimming with ideas for other similar social campaigns that he would like to initiate or participate in.

Young men like Sagar are helping revive the idea that Karwa Chauth is not ‘a festival of husband worship’ as many people think, but a tradition that celebrates the marital relationship.

Several modern Hindu women today have given up the fasting aspect of the festival, but observe the ritual as a recommitment of their marital vows.

While many ancient Indian traditions have died out, many others continue to survive because they can be adapted to suit the modern lifestyle. Take for instance that ancient garment, the sari, which continues to endure because it constantly adapts to modern ways. Or the age-old tradition of Holi, which has begun to find fans among many non-Indian communities. Just like these, the Karwa Chauth ritual will live on in its modified, modernised version.

Given that we have adopted events that celebrate other relationships, such as Mother’s Day and Father’s Day and even Valentine’s Day, the new form of Karwa Chauth (men fasting, or indeed, women not fasting), doesn’t seem to be such a freakish idea.

The FastForHer boys would probably not care whether you choose to call this one Husbands’ Day or Wives’ Day or even Husbands and Wives Day, because you can’t really have one without the other.

Move over, Valentine’s Day? Not necessarily! Karwa Chauth looks set to become an Indianised version, another occasion to say to your significant other that they enhance your own life in many different ways.