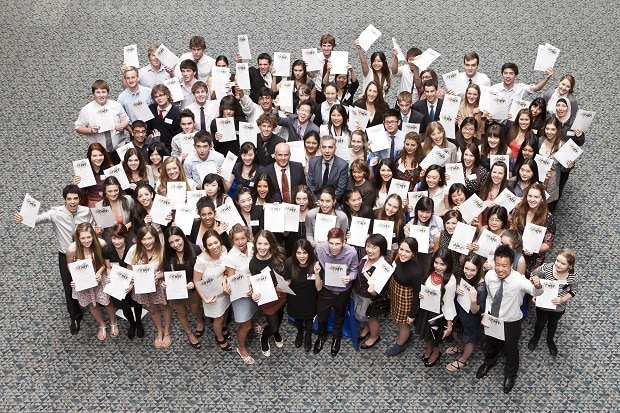 Reading Time: 4 minutesWhile achieving a high ATAR is considered essential, the true test of strength is in the struggle

I received a message just after the HSC results were released. It read in part, as follows, “I got 64 in English, 65 in Legal Studies, 68 in Business Studies, 73 in General Mathematics and 64 in Chemistry… that’s what I got and I can’t change it… I just need to continue to work hard to get somewhere”.

I also received three other messages, two from students who, against their expectations, got over 90 in Legal Studies. The third was about the student who came first with 100%, a student who sought my assistance when seeking to improve her responses.

The apologies, the relief, the joy from these different students was palpable. But none of them understand the meaninglessness of numbers, 100, 92, 90, 64! These numbers do not indicate the struggles each of these students shared with me through the year. The journey was individual for each one, and they faced their own specific difficulties and successes.

‘64’ for example, had to face a realisation that academic success framed around competition and time trials was not a personal strength. With work experience, he saw a manager who worked alongside his employees. He found out that the manager was personally paying for the medical care of a staff member suffering from cancer. He told me he wanted to be that kind of manager. During work experience, ‘64’ made an observation about the supply chain that has since been adopted by the business, saving it time and money.

The Australian Tertiary Admission Rank (ATAR) does not measure his observation or his insight. ‘92’ at 17 years, has already had considerable sporting success, competing nationally as a state champion for many years. A year younger than most, the HSC can be difficult when time and experience can affect the quality of analysis and insight. Nevertheless, after spending Year 11 struggling academically, ‘92’ finally started to believe that she could do very well academically by applying the same discipline and structure to academic studies, as she did to her sporting success. There were, of course, tears and frustration on the way. She sometimes stated aloud that she could never get over 12 marks in a section of the paper worth 15 marks. This did not stop her from sending draft responses again, and again, and again. She kept refining her answers and seeking her best form.

The ATAR does not measure her growth in discipline or humility in accepting that she needed to keep trying.

‘90’ has an older sibling in whose shadow her academic returns have always been compared. In this context, she waited a very long time before committing herself to trying her best. Fear of failure can paralyse.

‘90’ would never ask questions in class for fear of feeling exposed for ‘not knowing’. When submitting draft responses, they would usually carry an apology. A strategy was devised whereby she would create an outline to a question first, and that would be marked prior to her writing a complete response. This, she realised, reduced the tension around having to focus on achievement. Rather, focusing on the little steps helped manage her processes and anxiety. It also helped her to concentrate on skill-building.

The ATAR does not measure self-definition or the effect of the success of an older sibling on a younger sibling’s growth.

‘100’ worked consistently and quietly throughout the HSC year, displaying great discipline and tenacity. However, she came second in the trial HSC, not first. This means that within the school cohort she was not always the strongest candidate. The student who beat her in the trial exam worked extremely hard and both students displayed excellent organisation, tenacity and insight. Both sought specific mentoring to eradicate mistakes. ‘100’ competed against herself, whereas the other student sometimes competed against others. In this regard ‘100’ only wanted to do her best, whereas the other student wanted to do her best and also beat everyone else.

The ATAR does not measure how a person achieves against his or her own best self.

Of all these numbers, in some ways, ‘64’ displayed some character traits that none of the others did. ‘64’ captained a school team and would always help others. When asked to give a speech at a formal dinner, ‘64’ found qualities to celebrate in every one of his teammates. He was nervous speaking in front of a large, formal gathering, but ‘64’ prepared his speech as a leader would do: around the success of each of the others. During the year, ‘64’ befriended the most marginalised students and included them in the popular group. He also wore the put-downs from three teachers without anger – though his anger would have been justified. Veiled comments by these teachers implied that ‘64’ was dumb and would never achieve. It is hard to assess what impact the low expectations of these teachers had on the academic success of ‘64’.

It is very important that teachers and parents do not define success in terms of numbers. Numbers are inherently limiting and as shown, can be quite misleading.