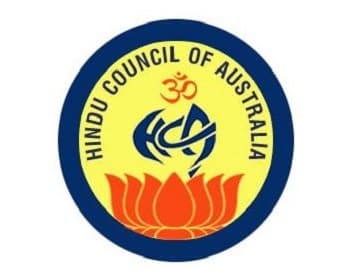 The Hindu Council of Australia (HCA) is known to conduct various activities that have kept the rich traditions of the community alive and helped a large number of diaspora stay connected with their roots.
In a new initiative this year, it has launched the Gargi Awards to felicitate women achievers in the community.


HCA National Executive Committee Vice-President Surinder Kumar Jain told Indian Link, “We are launching the award this year to commend outstanding women in Australia who make good role models for girls and women in our community.”
The award will be given in several categories such as sports, journalism, performing arts, defence, community carers, home carers, senior carers, educationists etc. The award will be presented by the President of Hindu Council of Australia at an International Women’s Day ceremony on 11 March at Parramasala in Parramatta.
“We have instituted the award so that our young women don’t remain inward-looking but integrate well into the Australian society,” Jain said.
The award is named after well-known Hindu philosopher Gargi Vachaknavi, born around 700 BC. Gargi, whose philosophical debates and writings have addressed metaphysical questions about the origin of the universe and the nature of the soul, is considered to be one among many in the long history of Hindu women’s intellectual contributions to human society.
At a time when the women’s movement for equal opportunity is gaining momentum across the world, this new initiative comes as a welcome move in our own backyard here in Australia’s Hindu community.
Another initiative that the HCA plans to promote this year is Hindu chaplaincy. A chaplain fulfils the emotional needs of people in challenging situations or distress. Their work could be in sectors such as law enforcement, prisons, hospitals, schools, universities and defence establishments. “Currently, we have 11 chaplains in Sydney who visit hospitals at the request of critically-ill patients or their family to read out the mrityunjaya mantra or a passage from Bhagwad Geeta to them,” Jain said.
He added that any practising Hindu can apply to become a chaplain after attending a 40-hour course on counselling. HCA also pays scholarships to help cover a large percentage of fees. “For the short course, HCA pays $200 while the applicant pays $50. Similarly, for the one-year advanced course worth $2,000, HCA bears 50% of the cost,” Jain said.

The HCA is at present conducting an online survey to find out if students are bullied for displaying Hindu symbols. “If we find that this does, in fact, take place, we will request the authorities to allow Hindu chaplains in schools as well,” Jain said.
Many Hindus are vegetarians, but often, there are various interpretations of the term. For the benefit of consumers as well as food manufacturers, HCA has come up with a definition of vegetarianism and also a list of suspect foods (which may contain animal products) so that consumers can exercise their choice.
The HCA also offers one-off financial help through its Hindu Benevolent Fund, for emergency situations such as funerals, hospitalisation, transporting mortal remains back to India etc.
The HCA-run Karma Kitchen at Parramatta, which feeds the homeless and destitute every Saturday, is one of its more well-known programs, now into its third year. “It has helped build bridges. In the past, there were a few incidents of Indians being subject to racially-motivated attacks, but this is a good way of telling the perpetrators, most of whom were from the lower-income strata, that we are there for them in their time of need,” Jain said.
Talking about HCA’s upcoming events, Jain said that the most exciting one in the near future is the Cumberland Festival of Colours Holi Milan. Scheduled to take place on 3 March at Civic Park in Pendle Hill, it will have food stalls, fun rides for children, and of course, plenty of colours to play Holi. Entry to the event is free.
- Advertisement -
Share
WhatsApp
Facebook
Twitter
Linkedin
Previous articleUS mass shootings: Students say 'no more'
Next articleElegant simplicity